The Caltex Socceroos will finish the year among the world’s top 50 nations after moving up a spot in the final rankings for 2016 released today.

Despite not playing an international in the last month Ange Postecoglou’s squad have risen from 48th to 47th place in the world.

As a result they remain the fourth ranked nation in the Asian Football Confederation, behind Iran (29), Korea Republic (37) and Japan (45).

Caltex Socceroos: the story of 2016

The Caltex Socceroos will kick-off 2017 with two crucial World Cup Qualifiers in March, playing away to Iraq (119) before hosting United Arab Emirates (64) in Sydney.

Australia currently sit third in Group B following three straight draws in their bid to qualify for Russia 2018, one point behind Saudi Arabia (54) and Japan.

Argentina finished the year as the top ranked nation in the world despite losing the final of the Copa America to Chile (4), followed by fellow South Americans Brazil in second and World Cup holders Germany in third.

The Socceroos have been drawn to play Chile and Germany at the 2017 Confederations Cup in Russia along with the winner of next month’s Africa Cup of Nations.

With only 15 internationals being played in the last month there was very little movement in the overall rankings with the top ten nations remaining unchanged. 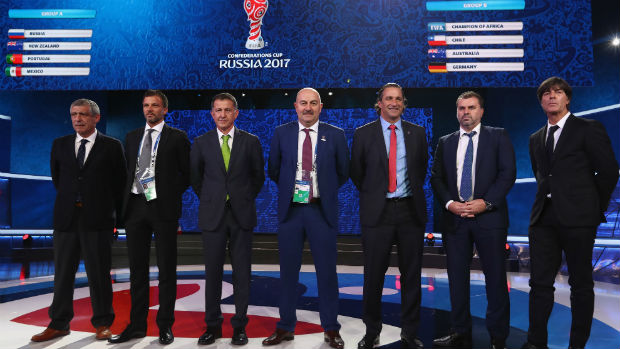