The Caltex Socceroos lost 2-1 to England on Friday night (Saturday morning Australian time) in a valuable test ahead of their final phase of World Cup qualifying later this year.

But an Eric Dier own goal gave Australia some late hope.

After going down to a second minute goal by rising star Rashford - the Manchester United striker clinically finishing from close range after a deflection fell kindly - the Australians calmly worked their way back into the contest.

With Tom Rogic a constant outlet at the tip of a midfield diamond, the Socceroos created some half chances and dominated possession for the remainder of the half.

Robbie Kruse and Rogic had long-range shots on goal as Australia’s possession play took the large crowd in Sunderland out of the equation. 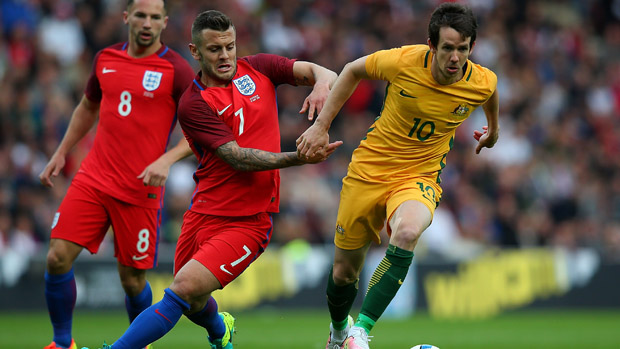 England struggled to gain a foothold on the game but did look dangerous going forward with Raheem Sterling and the excellent Rashford their two main outlets.

Just on half time Aussie keeper Mat Ryan was at his best to keep out a second after a rasping drive from the edge of the box by former Sunderland player Jordan Henderson was tipped over.

At half time the hosts lead 1-0 in a game that Australia had mostly dominated but failed to convert possession into goals.

Wayne Rooney came on in the second half to reprise his appearance as a sub when the teams last met in 2003.

The Socceroos pressed early in the second 45 with Rogic fashioning another effort, his long-range effort sailing over the bar.

But inevitably with Australia pushing forward the visitors were caught out by England’s speedy counter attack. And it was Rooney who punished them. 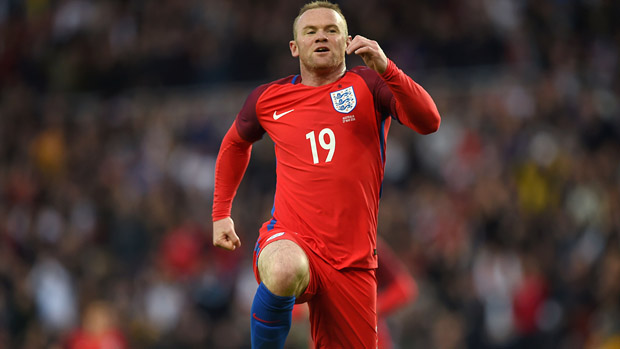 Sterling was set free on the left after Australia lost possession in the middle of the park and the City man squared it to United’s captain who smashed home England’s second on 55 minutes.

A double substitution was made straight after with Chris Ikomomidis and Matt McKay coming on for Jamie Maclaren and Massimo Luongo.

With the game really opening up England Nathaniel Clyne could have made it three - he powered a shot wide of Ryan’s goal.

Australia opened up England’s defence with Mooy’s neat ball into Kruse’s feet enabling him to gain a sight of goal but Fraser Forster kept it out in the Three Lions goal.

Shortly after Millner’s low effort fizzed past Australia’s post with the English looking to kill off the game.

Tomi Juric and Milos Degenek were substitutions for the final 20 minutes as Australia pressed on.

And it was Degenek whose quality low cross from the right was guided into his own net by the head of Spurs’ Eric Dier to make it 2-1 on 75 minutes.

It made for an intriguing final stage of the game as Craig Goodwin and Jackson Irvine came on for the last 10 minutes for the Aussies.

But with Australia's bench all but emptied it was difficult to find any rhythm and the hosts held on to register a second friendly win ahead of the Euros after their 2-1 win over Turkey last Sunday.

Australia now head back home to face Greece in Sydney and Melbourne.