Caltex Socceroos keeper Danny Vukovic has confirmed he will leave Sydney FC to pursue an “unbelievable opportunity” with an overseas club.

In a major shock, the 32-year-old is set to move to a top flight overseas club once he has completed his commitments with the Caltex Socceroos at the FIFA Confederations Cup.

“I am very fortunate to have had the best season of my career since joining Sydney FC,” said Vukovic.

“It has been an amazing 12 months for me and my family, a year I will always remember, and I would like to thank the members and everyone at the club for an unforgettable experience.

“The support we have been given by everyone has been phenomenal and it is something that we as a family will hold dear to our hearts for the rest of our lives.

“I’m very sad to leave but to have such an unbelievable opportunity so late in my career is something that I just couldn’t turn down.

“It is something I could not have foreseen and I would like to thank Sydney FC, the board of directors and Graham Arnold for their kindness, understanding and support in allowing me to make this move.

“I am very proud at what we have achieved and with the fantastic squad Arnie has assembled, I believe the club will continue to be successful in the years ahead.” 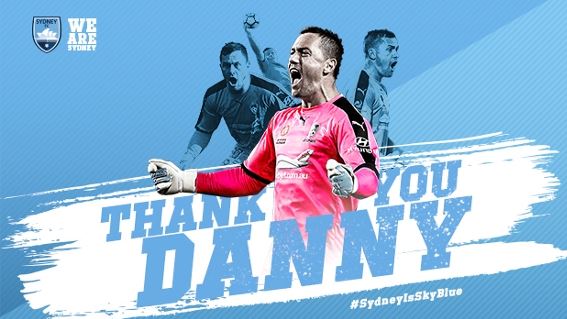 Vukovic joined the Sky Blues at the start of the Hyundai A-League 2016/17 Season and played a major role in their Premiership-Championship double-winning campaign.

The experienced gloveman also holds the record for the number of Hyundai A-League appearances with 278.

“Danny was superb last season and it’s no secret how highly I regard him as a player and as a person,” Sky Blues boss Graham Arnold said.

“No one at Sydney FC wants Danny to go and we are naturally devastated to lose him but this is a life changing opportunity for him, his wife Kristy and his beautiful son Harley.

“It’s the kind of challenge faced by Australian clubs and we cannot stand in his way.

“I’m very proud of Danny and would like to thank him for his professionalism since he joined Sydney FC and for the fabulous service he gave us.” 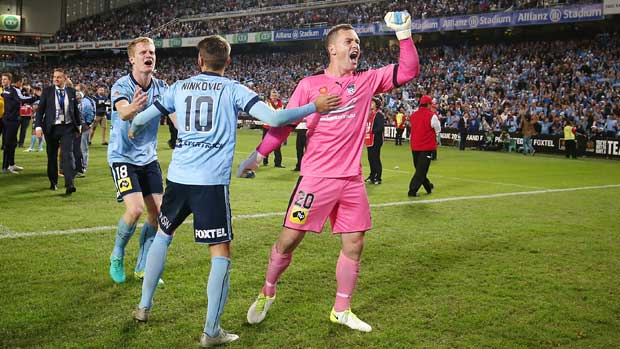 He set a Hyundai A-League record for the number of clean sheets in the 2016/17 Season going unbeaten in 16 of his 28 games.

Meanwhile, youngsters George Timotheou and Bai Antoniou have both left Sydney FC to pursue other opportunities.