The 23-year-old was signed from Scottish club Ross County for an undisclosed club record transfer fee on a three-year-deal.

Irvine is coming off a superb season for the Stags in the Scottish Premiership, helping the club win the League Cup as well as being voted the league’s Player of the Month for March.

The Melbourne-born midfielder said he was keen to test himself in English football and believes the move will help him develop as a footballer.

"I couldn't be happier that the deal has gone through and it's great timing and I'm now ready to focus on the football,” Irvine told www.burtonalbionfc.co.uk/

"When I first heard of the interest it was very flattering and it was a deal I wanted to make happen if possible. It has taken a bit of time but now it's gone through I'm so excited to be a part of it here, playing in the Championship and testing myself against that calibre of team. 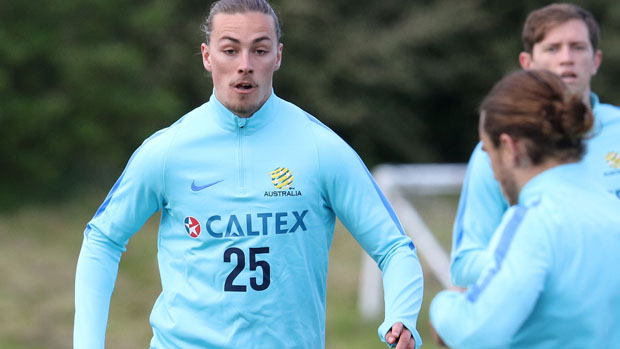 "This club has taken massive strides forward in recent years and I'm massively excited to be part of a club that is growing so fast - being part of it for the next few years is going to be truly special."

The Socceroo was immediately involved with his new side on Saturday as the Brewers enjoyed a 3-0 friendly win over Premier League outfit Stoke City.