Caltex Socceroo Tom Rogic will get the chance to play against world superstars Lionel Messi, Luis Suarez and Neymar as well as Pep Guardiola's Manchester City following the draw for the group stage of the UEFA Champions League.

Brendan Rogers’ Celtic have been placed in Group C and face the unenviable task of battling football giants Barcelona and Manchester City along with German outfit Borussia Monchengladbach for a place in the knockout stage.

The Scottish champions had to come through qualifying to go into one of the pots in Monaco, with Celtic claiming a tight 5-4 aggregate win over Israeli side Hapoel Be'er Shiva.

This will be the eighth time Celtic has been represented in the Group Stage of Europe’s elite competition and their first since the 2013/14 season.

Barcelona are familiar opponents for the Bhoys, who have met the five-time winners six times in Europe, including each of Celtic’s last two appearances in the competition. 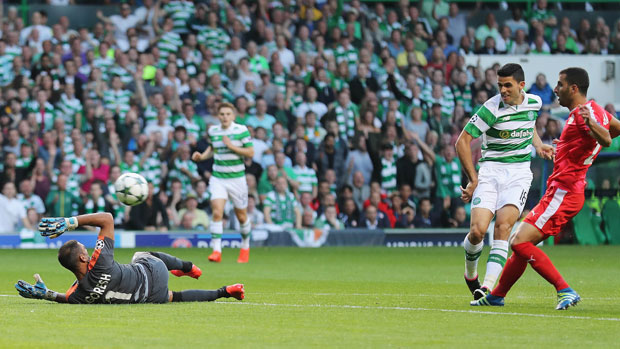 Rogic has started the season in fine form at Celtic Park, netting two goals in the League Cup as well as the opener in the first leg of their UCL play-off triumph.

The 23-year-old recently signed a three-year extension with the club and will be dreaming of playing at the Nou Camp and Etihad Stadium in the coming months.

The first matchday of the competition will take place on the 13/14 September with the final games in the four-team groups taking place on 6/7 December.

Rogic was included in Ange Postecoglou’s squad for next month FIFA World Cup qualifiers, which will see the Socceroos play Iraq in Perth before a trip to the UAE.