Caltex Socceroo heads back to Holland

Caltex Socceroos left-back Jason Davidson has returned to the Eredivisie, joining Groningen on a one-year loan deal from Huddersfield Town.

Groningen have the option of signing the Asian Cup winner permanently depending on his performances this season.

Davidson, who was left frustrated by the rotation policy of Huddersfield manager David Wagner, claimed he jumped at the chance to join Groningen after being left out of the Terriers' squad for the first three games of the Championship season.

Having previously played for Heracles from January 2012 until the end of the 2013-14 season, Davidson is set for a second stint in Netherlands' top division.

Groningen are propping up the Eredivisie table after two matches, having conceded seven goals in two defeats.

"I want to play every game, I work hard for it and the rotation system [at Huddersfield] frustrated me," Davidson said at a press conference on Thursday.

"I reported to the coach [Wagner] and my supervisor Simon Cziommer. When FC Groningen came along, it felt like a good opportunity."


Davidson's move to Groningen ends a frustrating two-year stint in England where he managed just two appearances in the Premier League with West Brom before joining Huddersfield where he fell down the pecking order after Wagner joined in November.

The 25-year-old made just 12 appearances in the Championship following Wagner's arrival at John Smith's Stadium.

Davidson will train with Groningen for the first time on Friday and is looking forward to playing alongside former Heracles team-mate Bryan Linssen.

"I called Bryan and he had only positive words about the club," Davidson said.

"We had a good combination down the left at Heracles Almelo, hit it off great. I cannot wait to see him tomorrow at training. It's nice to already know someone in the squad."

In his time at Heracles, Davidson made 46 Eredivisie appearances. 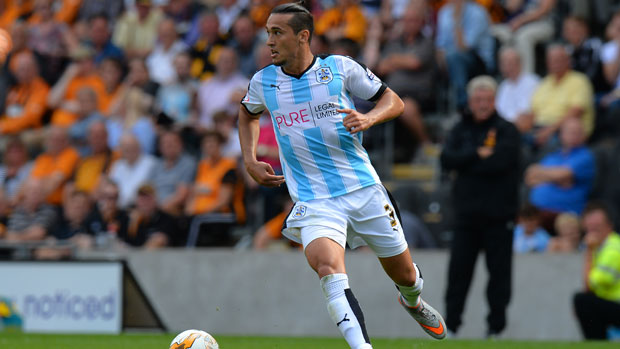