Caltex Socceroo can be an EPL regular: Luongo

Smith joined Bournemouth from Liverpool in July for a reported fee of £6 million (A$10.3m) but the 22-year-old has only made one competitive appearance so far this season.

The Socceroos left-back made his debut for the Cherries in Wednesday's 2-1 EFL Cup win over Morecambe, completing 90 minutes against the League Two club.

Charlie Daniels has kept the Australian out of Eddie Howe's Premier League starting XI in the opening two rounds.

But Luongo - who played with Smith at Swindon Town in 2014-15 - is convinced his compatriot can break into Bournemouth's line-up.

"I watched them [Bournemouth] on the weekend [against West Ham]. I think he can easily start in that team and get a lot of appearances for them this season," Luongo told Goal Australia. 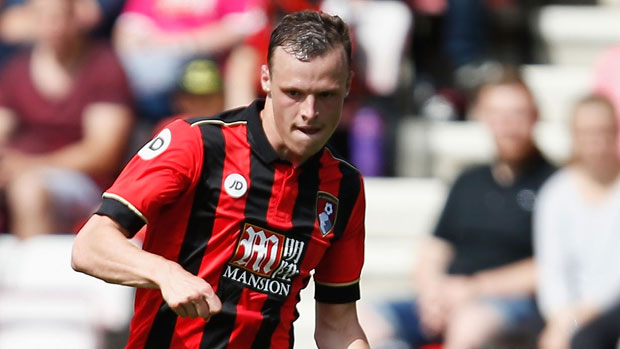 "He probably didn't get into a good role at Swindon because he went back [to Liverpool] quite quickly after he started.

"He always had that threat of pace. We played with wing-backs and that suited him perfectly. He just got up and down the line very well.

The story behind Aussie's EPL debut

"He doesn't want to do too much, which I like in a full-back but he's always got that threat with his pace."

Both Luongo and Smith have been included in Ange Postecoglou's Socceroos squad for the upcoming World Cup qualifiers against Iraq this Thursday in Perth and United Arab Emirates in Abu Dhabi on September 6 (Wed Sept 7, 1.30am AEST).