Socceroo superstar Tim Cahill has passed on some sage advice to the Olyroos, urging them not to waste the opportunity to play at a major tournament in their career.

Speaking on Tuesday at the unveiling of his own wax statue at Madame Tussauds, Cahill recalled his own Olympics experience and believes the youngsters have the potential to be successful in Rio later this year.

But first Aurelio Vidmar’s side need to qualify for the Games by finishing in the top three, starting next week in the AFC U-22 championships, a 16-team qualifying tournament in Qatar for Rio 2016.

“For these guys [the Olyroos] if they qualify then they’re in the mix for a massive tournament where there’s realistic chances of doing well because like any competition there’s three games and the boys that are involved are under great staffing,” Cahill said.

“You’ve got young Chris Ikonomidis, you’ve got Brad Smith, you’ve got players that I know and have played with and trained with in the national team where they can use tournaments like this to qualify. 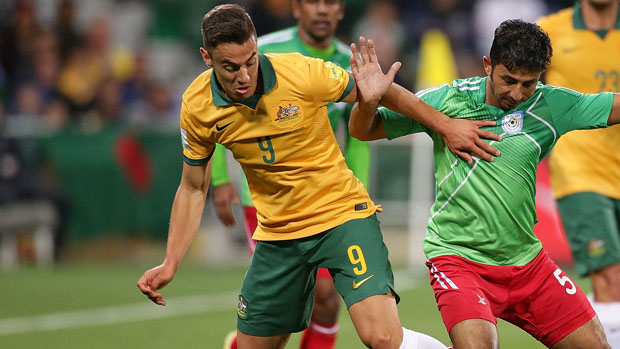 “This is where you get found out. It’s definitely a realistic goal for our country to do well,” he added.

“There’s some good young players coming through and with the way Ange [Postecoglou] has set everything up with the first team, the coaches and the players underneath us, there’s some realistic goals to look forward to.”

“I think the biggest thing for them is to qualify first."

Cahill has tasted what its like to play at the Olympics, part of the Olyroos that went to the 2004 Games in Athens as one of the three overage players allowed in each squad.

Recalling his own experience, the 36-year-old stressed it was up to each player in the Olyroos squad to seize the opportunity.

“I remembered when I signed for Everton, I said to David Moyes ‘I’m going to the Olympic Games’ — he could’ve easily said no. 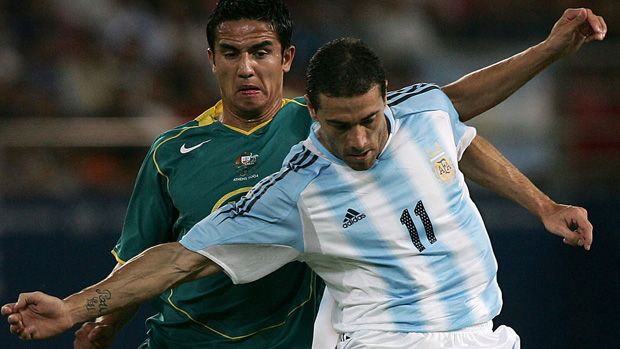 “So I went and played in that and then signed in the Premier League team after it.

“So for these kids it’s a big opportunity. It’s whether they see this as their opportunity to play on a world stage because I remember playing against Argentina, against (Gabriel) Heinze, (Carlos) Tevez, I think (Lionel) Messi played, (Javier) Mascherano; all these players playing in the biggest teams in the world and that was all the way back in Athens.”