Socceroo superstar Tim Cahill says he wants more success with the national team after his brace helped Australia to a 3-0 win over Tajikistan on Tuesday night in Dushanbe.

Cahill’s second half goals – taking his national team tally to 41 goals – helped Australia to a third straight win in qualification for World Cup Russia  2018™ after Mark Milligan opened the scoring on 57 minutes.

And the Chinese Super League based Cahill doesn’t want to rest on his laurels. 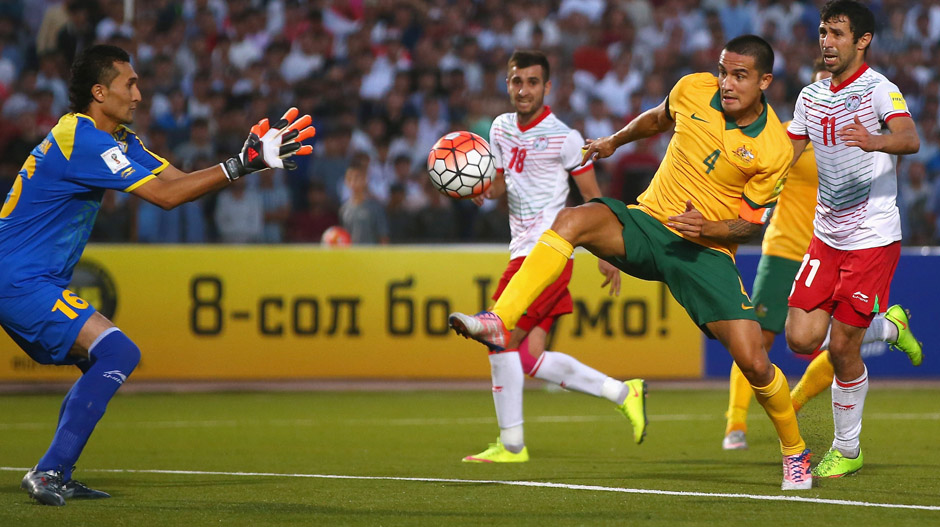 “I want more and I really want to do well... I’m not here to make up the numbers,” the 35-year-old Socceroo great told Fox Sports.

“I really want to do well and I want them [the Socceroos] to know this is a big opportunity for us as Australians to do something special for our country.

Cahill said Australia opened up the Tajiks in the first half, saying forcing the issue was the reason why they couldn’t convert their dominance into goals.

“I hardly touched the ball in the first half,” he said of the scoreless first half.

“In the second half we kept playing our football, playing the triangles and it would be a matter of time before they tired. And we got the goals.

“We came here to be ruthless and we really wanted to dominate the game. We really want to get as many points as soon as possible.

“There are no egos in this team and everyone’s equal. That’s what the boss [Ange Postecoglou] has done, he’s made it a team.”