Stand-in Socceroo skipper Tim Cahill says it will be an honour to lead what he says is an entertaining Socceroos outfit into Thursday night’s 2018 FIFA World Cup Russia™ Qualifier against Bangladesh in Perth.

Cahill was given the armband by coach Ange Postecoglou on Wednesday, taking the place of the injured Mile Jedinak  against the Bengal Tigers at Perth's nib Stadium.

The 35-year-old will lead the Green and Gold into battle for the third time in his illustrious career and is relishing being flanked by the likes of in-form youngsters like Tom Rogic, Massimo Luongo and Mathew Leckie.

“That’s the most exciting thing, it’s seeing the combinations we have in attack and midfield as well,” Cahill told reporters at the official pre-match press conference.

“The style of football we play, Tommy [Rogic] can definitely open up a defence, and these boys together I know can cause problems for any team.

“When you look at the way we play, the triangles, the set-up, it’s hopefully going to be an entertaining game because I’m 100 percent sure these guys will step up in a big way.

“They are very entertaining players, they want to do well and every player is getting their opportunity…we need good quality players to help make our organization better.” 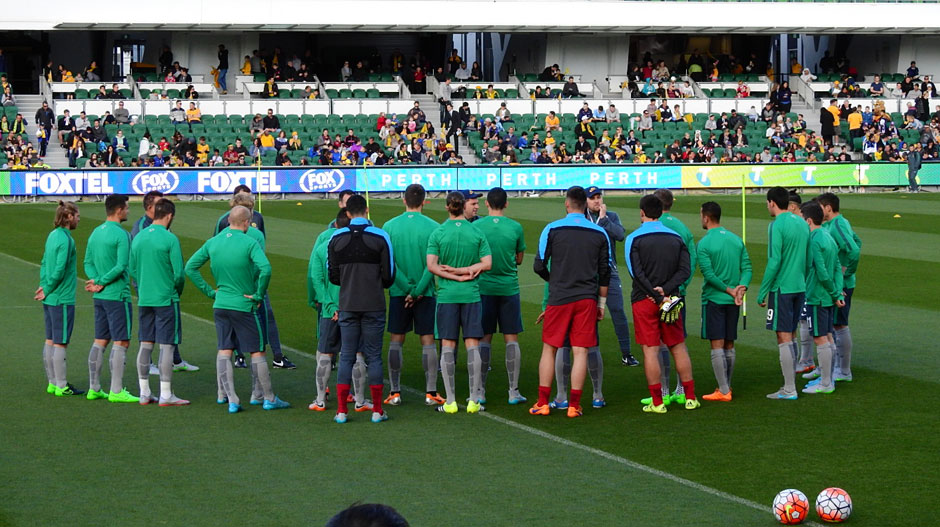 While Cahill will skipper the side for the first time since January’s Asian Cup against Oman, he admits a number of the senior players will share the leadership burden in Jedinak absence.

“It’s always a great honour but as you’ve seen through the World Cup and Asian Cup campaign a lot of us called upon to lead the team on and off the park and we must continue to do that,” Australia’s greatest-ever goal-scorer said.

“It’s not about the armband, who knows whether I’ll be captain or Matty (McKay) or any of the other boys.

“Going into this game it’s really important that we can have a complete performance with the football and the result.” 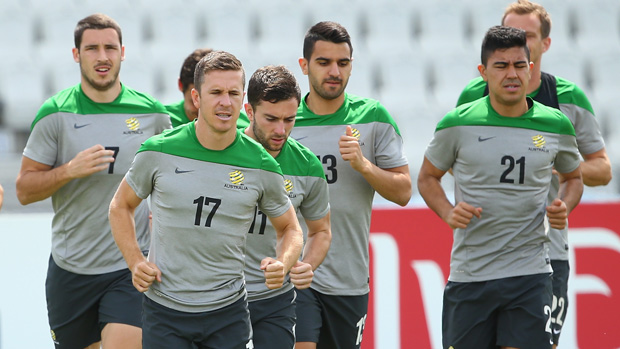 “It’s not about naming a captain, what’s really important is senior players taking ownership of the leadership around the group. With Mile not being here Timmy’s part of that.

“Even though Mile’s been wearing the armband for the last few games, Timmy’s been a massive part of the leadership group, as have Matty McKay and Mark Milligan.”

The clash against Bangladesh will be Cahill’s 84th appearance in the Green and Gold, scoring 39 goals.

A part of his fourth World Cup qualifying campaign, Cahill says it’s too early to say if he will make it to Russia in 2018 but is ruling nothing out. 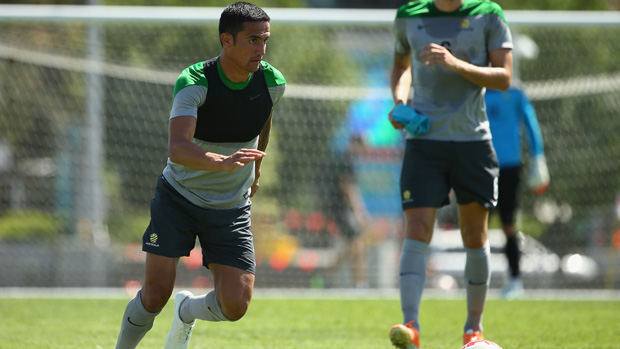 “The boss knows my plans, I just to take it game by game, and also my club form and how I’m doing domestically,” said Cahill, who has scored six goals in his last eight games for Shanghai Greenland Shenhua.

“It won’t be good to look too far into the future because I’ve never done that. I pretty much got written off about going to the last World Cup and then made another Asian Cup after that.

“Let’s leave it at that and see how I go. I’m having fun and I’m enjoying it.”