Cahill: Socceroos have the power and passion

Tim Cahill has praised coach Ange Postecoglou for bringing the passion back to the Socceroos as they stand on the brink of making history by winning the Asian Cup on Saturday night.

Tim Cahill has praised coach Ange Postecoglou for bringing the passion back to the Socceroos as they stand on the brink of making history by winning the Asian Cup on Saturday night.

Speaking just two days out from his second continental decider, Cahill said this is the most enjoyable experience he’s had with the national team and admits he’s proud of what this young squad is achieving.

“Always in football we’ve never really had a fair go of people believing in the team and the players that were coming through but it’s great when you have someone who loves the game, who is passionate about the game and is Australian,” Cahill told reporters on Thursday.

“It’s all well and good when you can bring someone in for a couple of years, then he leaves and goes and becomes the national team manager of some other country but when you’re not Australian you don’t understand what it means to wear the badge.

“I’ve never met anyone who loves the Socceroos as much as me which is hard.

“It’s the attention to detail behind what we’ve done. When we were getting written off, playing in all these crazy games that we were never going to win the boss believed in us.

“We identified the way we can play and the belief inside ourselves and we’ve shown that on the pitch.”

VIDEO: See a compile of Cahill's best goals for the Socceroos 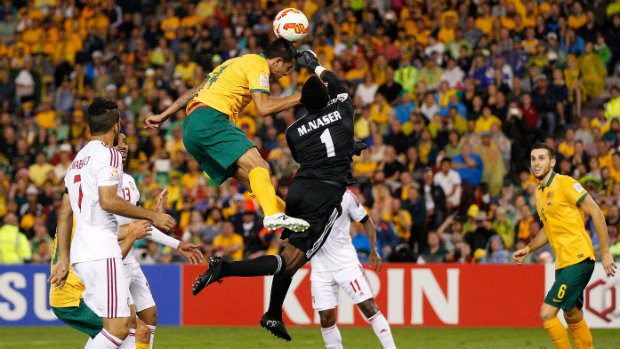 Cahill has been a part of the Socceroos set-up for over a decade, going to three World Cups and playing under some big managers, including the likes of Gus Hiddink, Pim Verbeek, Frank Farina and Holger Osieck.

But he says working with Postecoglou as he re-generates and re-energises the squad has been something else.

“It definitely has to be the best that I’ve ever been a part of purely because of everything that’s behind it,” he said.

“You finish a game against UAE the other night and you look around the dressing room and we’re questioning each other about our shape and how we could have done better. For me we’ve come a long way.

“The football is great, the set-up is great but the professionalism is on a whole other level.

“Our focus is on ourselves because physically, mentally, tactically, technically whatever you want to say these boys are ready and it’s a unique situation to be in.”

Cahill was one of a handful of the current Socceroos squad that went down 1-0 to Japan in the final four years ago and feels this team is better equipped to go all the way.

“Did we deserve to win the final? Possibly, possibly not. Were we managed as well as we are now? Possibly not. We gave it everything but at the final hurdle physically we weren’t ready,” Australia’s greatest-ever goal-scorer said.

“I remember there was six of us strapped up, knees, calves, shoulders and we basically just made it through the game.

“This won’t be redemption or anything like that. This is all about the future and what we’re going to do. We won’t be looking back because we’ve come a long way as a football nation.

“I’m really proud. I feel the preparation we’ve used in the last 14 months to get to this stage has been amazing.

“It might not have looked that way before with the results we were getting but we’ve learned a lot about each other as a staff and a team and we’ve reaped the rewards getting to the final. This is going to be a massive game for us and we really want to finish it off now.” 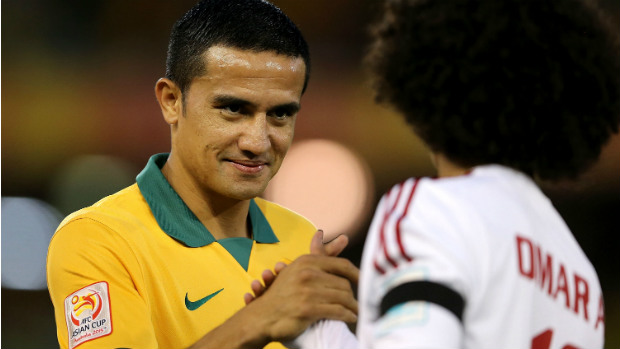 Despite losing to Korea in the group stage the Socceroos have been installed as favourites with the bookmakers although Cahill was happy to talk up the underdog tag.

He also challenged the Korean defence to target him like China and UAE have done in the knockout rounds.

“When you see the other night when the two or three defenders were grappling with me, Trent Sainsbury got free and scored a header,” Cahill said.

“I know a lot of their focus is 'do we be all over Tim Cahill or do we give him space'. Either way you can’t do it for 90 minutes and if you do someone else is going to reap the rewards.

“Every single game I’ve come up against something different. In the first 45 minutes against China I touched the ball three times because I always had someone all over me. But it takes just one second for someone to switch off and hopefully I can be on point to make it count.”