At 4:30 pm on Sunday 26th March, at North Sydney Oval, Tim Cahill met five courageous 12-15 year old Indigenous players who have moved 3000 kilometers from their homes in remote areas of the Northern Territory, to train and go to school in Sydney.

They are using football to radically change the trajectory of their lives.

Last year’s incredible $90,000 match fees donation to IFW16 by the Socceroos, made it possible for them to begin their JMF scholarship journey.

IFW17 is about the power of football to create change for good, while delivering a standout talent pipeline to the game.

The meeting showcased the five remote region children, who are the vanguard of the sort of standout talent that will see football channel Indigenous representation in ways more familiar in AFL and Rugby League.

The partnership of JMF, Football Federation Australia (FFA), Professional Footballers Australia (PFA), SBS and Fox Sports, will use Indigenous Football Week 2017 to highlight the achievements of Indigenous players past and present, as well as the next generation of incredible talent.

Supporters can visit the John Moriarty Football website ( www.jmf.org.au ) to discover more, and can join IFW17 on social media using the hashtags #GameChanger and #JMFtalent .

“What John Moriarty and his team have been able to achieve in such a short period of time is truly amazing. I’m proud to be the patron for Indigenous Football Week 2017 and raise awareness for the great work that John Moriarty Football has been doing in creating opportunities in football and in life for Indigenous kids. I was lucky enough to meet some of the kids last year and I have no doubt that JMF will uncover future Socceroos and Matildas. The talent and passion for the game that these kids have is inspiring”, said Patron Tim Cahill.

David Gallop, CEO of Football Federation Australia, said that Indigenous football is a growing force for change in Australia and an emerging source of exceptional Australian football talent. 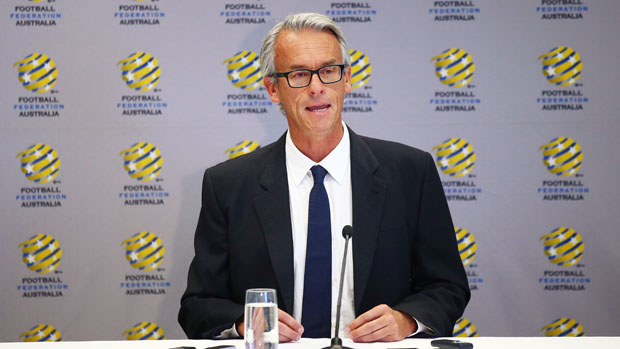 “We’ve seen the rise of many inspirational Indigenous players who have brought formidable craftsmanship and skill to the game over the years, including Harry Williams, Travis Dodd, John Moriarty, the first Indigenous player selected to represent Australia, and current players such as Jade North, Lydia Williams, Kyah Simon, and Adam Sarota,” said Gallop.

“Football Federation Australia is proud to continue our partnership with John Moriarty Football, which aims to nurture the next generation of breakthrough Indigenous talent.

“We are excited by these young players who are taking hold of the opportunities John Moriarty Football is creating, and can’t wait to see how they develop in the game.

“We are urging football fans across Australia to follow the stories of Indigenous Football Week and see how the future of Indigenous football is unfolding in Australia,” concluded Gallop.

Progress since Indigenous Football Week 2016 has been exponential, thanks to awareness and financial support from the Socceroos, FFA, PFA, the Australian Government and generous individuals. JMF is continuing to work hard on creating life-changing opportunities for young Indigenous players, opening pathways for them to gain an outstanding education and make their mark on Australian football.

John Moriarty, the first Indigenous player selected for Australia, for whom JMF is named said, “Our organisation works in very remote Indigenous communities in the Northern Territory, employing and developing local coaches to support Indigenous families and the wider community. We deliver to a high percentage of the six to sixteen year old children in those communities, within a program that includes nutrition, mentoring and wellbeing. 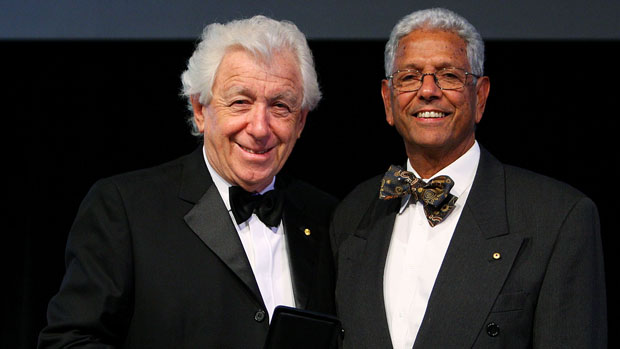 “Indigenous Football Week 17 will again shine a spotlight on our work to support and nurture young Indigenous athletes with the talent and potential to succeed through sport; whether at grassroots or the highest national and international levels of the game.”

IFW 2016 noted the breakthrough talent of now 15 year-old Shadeene Evans, JMF’s first elite athlete who was scouted by Matildas coach Alen Stajcic, and who in 2015 moved to Sydney’s Westfields Sports High and the NSW Institute of Sport, as part of the next step in her burgeoning football career.

IFW17 – incredibly – celebrates four more young athletes from Shay’s home town of Borroloola, who have seen and been inspired by Shay’s opportunities and have followed her to Sydney to top schools and clubs.

PFA President and Sydney FC defender Alex Wilkinson said the players were proud to once again be partnering with JMF and FFA to celebrate the contribution made to the sport by Indigenous Australians and the power of football to be a #GameChanger.

“John Moriarty is a player, one of us, and the work undertaken by JMF is truly inspiring and has the support of all PFA members,” said Wilkinson. “Indigenous Football Week gives the game the opportunity to reflect on the contribution made by pioneers such as John, Charlie Perkins and Harry Williams, and their modern day contemporaries Lydia Williams, Kyah Simon and Jade North, to highlight the capacity of football to change lives."

PFA Executive and Matildas goalkeeper Lydia Williams said the sport could transform the lives of Indigenous Australians and provide the ideal platform to celebrate the world’s oldest living culture on a global stage.

“Indigenous Football Week is a chance to celebrate our culture and to inspire young Indigenous Australians to pursue a career in football,” said Williams. "Football can be a game changer, John Moriarty Football is already showing how this is possible.”