With the memory of Johnny Warren’s legacy as a shining example, Tim Cahill says the current Caltex Socceroos are driven by desire to carve out of their own piece of history for the national team.

Ahead of Tuesday night’s vital FIFA 2018 World Cup qualifier against Jordan in Sydney, Cahill was on hand on Sunday to help unveil a sculpture of the late Johnny Warren at Allianz Stadium.

It was Warren and his Socceroo team-mates that first put Australia on the world stage at the 1974 World Cup, the nation’s first appearance at the tournament.

This current group is now not only hoping to get the Socceroos to a fourth straight FIFA World Cup but to make an impact by going deep into the tournament in Russia.

And Cahill says trying to make their own mark and leave their own legacy on the sport is a big motivating factor for Ange Postecoglou’s side. 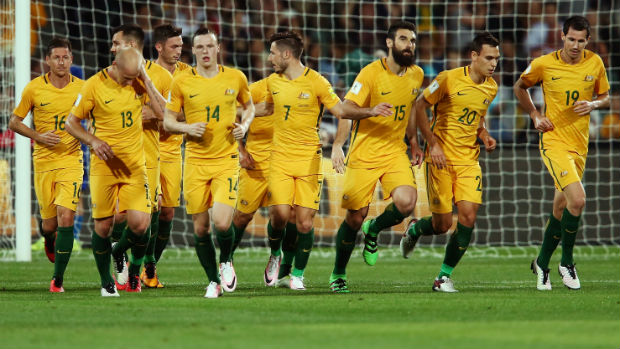 “That’s what we’re here to do. We’re flying the flag for our country, we’re playing good football and we’re playing with good intent,” Cahill said on Sunday.

“The boss has a great vision for the Socceroos and more importantly he’s bringing in some great depth.

“I couldn’t be happier at the moment for how football is going now with the Socceroos.”

Cahill was an unused substitute in the Socceroos’ 7-0 destruction of Tajikistan on Thursday night but is expected to come into the starting XI for Tuesday’s crucial clash with Jordan.

The 36-year-old says he’s feeling “fantastic” and admits spirits are high in the squad ahead of a potentially defining clash with Harry Redknapp’s side at Allianz Stadium. 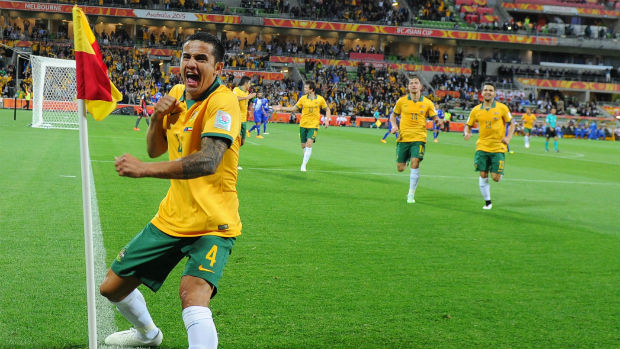 The Socceroos currently lead Group B by two points from Jordan, needing only a draw to ensure they stay at the top and progress to the next stage of qualifying.

Only the top side in each of the eight groups is assured of progression, with the four best runners up making up the final 12 teams to battle it out on the road to Russia.

“The mood is always really good. We’re always excited to be in camp,” he said.

“It’s a big game for us. But they all are, regardless of who we play, how we set up.

“We know the points against Jordan are up for grabs, that’s what we’re after.”

The Socceroos will train for the first time in Sydney later on Sunday with a session open to fans at Kogarah’s WIN Jubilee Oval.