Caltex Socceroo defender Ryan McGowan pulled rank on his younger brother Dylan so he could get some much-needed rest on game day after he was a late call up to the national team.

Ryan was given the nod for Thursday night’s World Cup qualifier at breakfast on the day of the game, barely 36 hours after arriving in Adelaide following a nightmare 56-hour journey  from China. 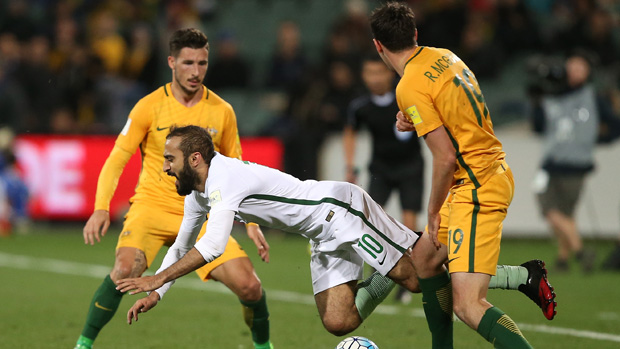 With defender Bailey Wright pulling up sore, Ryan was thrust into the starting XI on the right of a three-man defence after arriving late on Tuesday night.

And he was rooming with younger brother Dylan who had also been called up to the national team.

Ryan had a nightmare trip from China one which was documented on Instagram.

The Chinese Super League defender spoke to Fox Sports after his first starting XI appearance since last October and revealed Dylan was key to him getting enough rest.

It took me 56 hours to get here. I left in a taxi from my game from the stadium and thought I’d be arriving in Adelaide on Monday morning.

It was a bit of a rush and tumble to get into the line up. He named the team yesterday and I wasn’t in it.

But Bailey pulled up with an injury and I got chucked in. 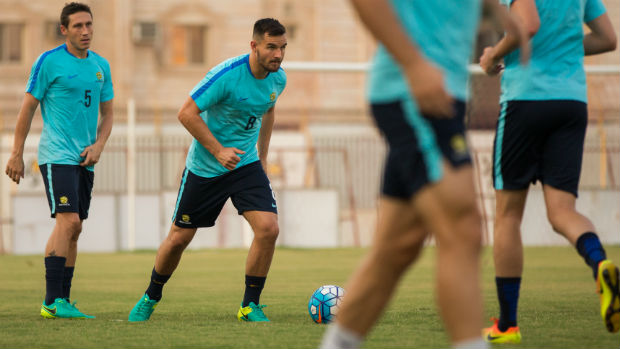 It was a little fast and frantic but the second half we calmed down a lot better and played well.

The boss called me in after breakfast and said I’d be starting and I’m rooming with him [Dylan] and I told him immediately but told him to be quiet so I could sleep today.

He’s the younger brother so he has to do what he’s told!

It’s a little bit different. We had played a back four for a long time. But the boss likes to change it and get us playing and with the midfielders we have it’s probably better to have more of them than more defenders.

It’s probably going to take more time to make us fully gel. But again we scored three goals from open play so you can’t have it both ways sometimes!