Bresciano singles out Socceroos' next stars

According to Mark Bresciano, one of the greatest modern-day Socceroos, two rising stars have really caught his eye during Australia’s preparations for the Asian Cup over the last week.

When asked on Wednesday, the 34-year-old attacking midfielder was more than happy to reveal their names.

“There are two that stand out for me so far in camp. One would be James Troisi, who’s come in very good," he told reporters.

"He’s probably me is the person who looks in best shape. He’s come in and really made an impact. 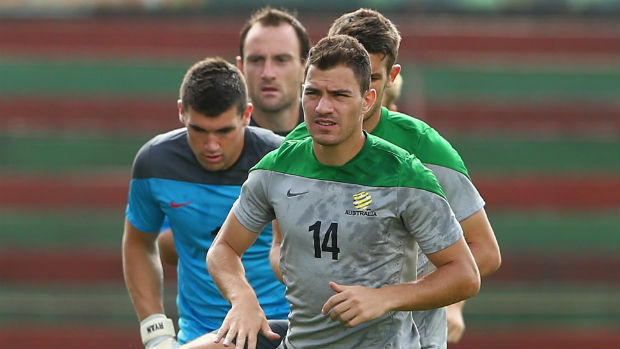 “The other is Massimo Luongo, a young player coming through. I like the way he plays I like his style.

"I don’t see of him at club level in the UK but every time he comes in [to the Socceroos] he shows his abilities.”

This could be Luongo’s breakout tournament. After watching on from the fringes at the World Cup, the Swindon Town midfielder’s said this week he felt Brazil came a little too soon for him.

Now could be the 22-year-old’s time to really cement a spot in the Socceroos. 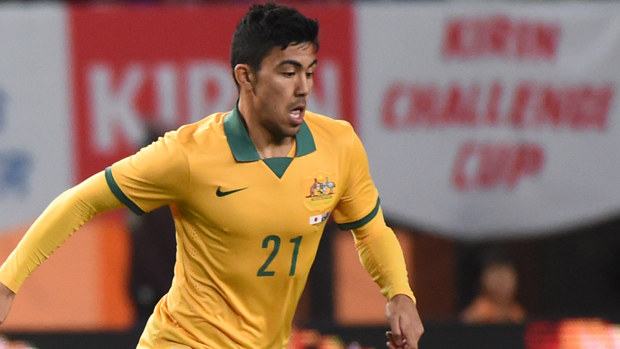 Likewise Troisi, 26, who’s been on the fringes of the Socceroos for some years after debuting in 2008.

An excellent season in Belgium with Zulte Waragem - including a stunning goal against Socceroo teammate Mat Ryan's Club Brugge - could be the platform for Troisi to earn a more regular role alongside Luongo as the creative outlets.

It’s an exciting prospect for the Asian Cup and World Cup qualifiers kicking off later this year.

As for the opposition on Friday night in the Asian Cup opener, Bresciano has played against new Kuwait coach Nabil Maaloul’s club side Al Jaish during his time in the Qatari Stars League.

Nabil, from Tunisia, was appointed recently after Kuwait parted ways with Jorvan Vieira.

“He’s been a successful coach and has coached in the same league I’m in [with Al Gharafa]. He’s done very well there [in Qatar].

“His experience will probably help Kuwait as he’s coached other national teams. I remember Al Jaish always plays an attacking brand of football. When he was coaching there.

“But we still haven’t seen a game with him coaching the Kuwaitis. He’s come in after the Gulf Cup and we heard their friendly with UAE was called off.”

Maaloul was involved in a heated argument last Saturday when Kuwait was scheduled to play a final warm-up match against the UAE  - cancelled minutes before kick-off after a row about recording the match.

Maaloul wanted to film the game to help with preparations but the UAE said that would break a previous agreement.

“We haven’t really seen the style of football he wants for the Kuwaiti national team.”

However Bresciano hinted that he expected Kuwait to shut down the Socceroos at every opportunity.

“They’ll try to stop the way we want to play. But we hope we start off in a positive way.

“We’ve just got to go a hundred miles an hour from the first minute.”

Bresciano revealed that today’s (Wednesday) Socceroo session at Lakeside Stadium was less about the physical preparation and more about the tactical.

The session was played out in conditions approaching 35 degrees though Friday night is expected to be much cooler when the Socceroos kick off their Asian Cup campaign against Kuwait at Melbourne's Rectangular Stadium.

Make sure you get your family and friends together and RISE with the Socceroos! Tickets are available by clicking here  www.socceroos.com.au/tickets