As “Super June” rolls on and Australia prepare take on the world’s best at Russia’s Confederations Cup, Tuesday night’s Brazil friendly is ideal preparation for the tournament, says Mark Milligan.

The classy Caltex Socceroo, suspended for the crucial Saudi Arabia clash on Thursday night, is a good chance to return to the starting XI on Tuesday at the MCG.

The match is Australia’s farewell on Aussie soil before jetting off to Russia for the Confederations Cup, where the Australians will be thrown some genuine challenges when they face Germany, Chile and Cameroon in the group stage.

Milligan, who has just finished his contract at Baniyas in the Arabian Gulf League, spoke to media on Sunday ahead of Australia’s first training session in Melbourne.

“It’s a very good test for us [Brazil] and the hype created around that game the other night [against Argentina].

“Hopefully everybody gets out the MCG again and watches their home side play. 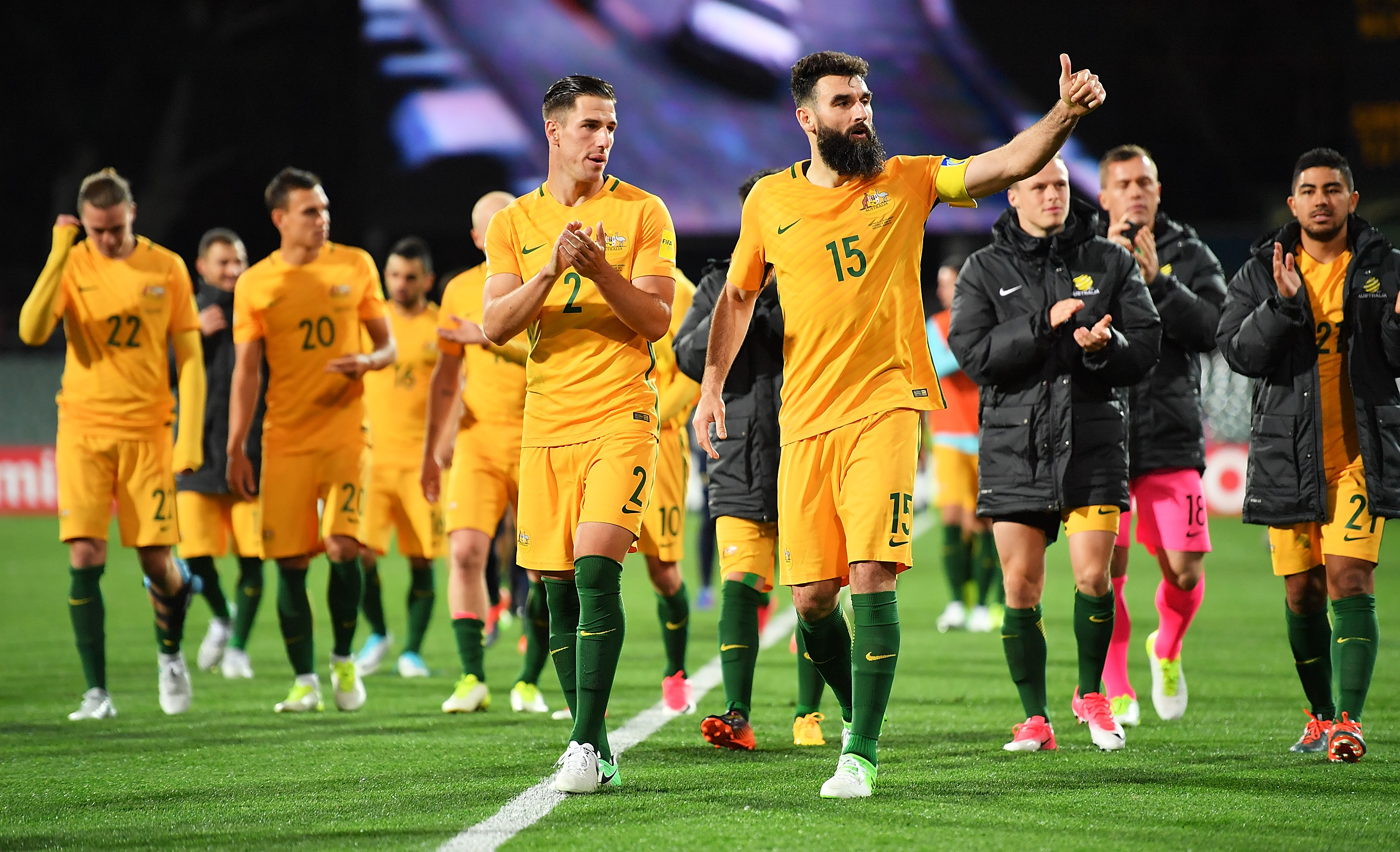 “The way we’ve been playing and the way we’re setting up, it’s exciting for us.

“And all the boys are extremely excited to test themselves against some of the world’s very best.

“And that’s what we’ll be facing in a week and a half’s time [at the Confeds Cup].

“It doesn’t matter who we face – we treat all opponents with respect they deserve, but our philosophy and the way we go into a game will be the same.

“I’m not sure which team will face Brazil but whichever team that goes out there will be doing the same things as we always do.”

“We’ll have a game every three days [at the Confeds] and one thing Ange has worked very hard on is having players in camp who are ready to play.

“In multiple games he’s said there are two or three line ups he can pick.”