Behich: Socceroos must win in style

“We want the win but obviously do it in the style that we know how to do it,” the defender told FFA TV.

“We want to make a statement at the same time.”

The Socceroos are expected to have a battle with the world’s 177th-ranked nation in the unfamiliar surrounds in Bishkek on Wednesday morning (AEST).

However, Ange Postecoglou’s side is well-prepared, well-drilled and desperate to get off to a flying start on their road to Russia 2018.

A week-long training camp in grueling heat in Dubai now complete, Behich says the side is ready for anything that gets thrown at them against the little-known Kyrgyzstan. 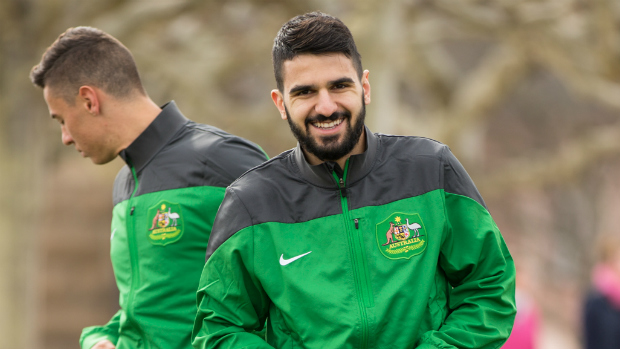 “We’ve done a bit of video analysis on them. They are going to be a good side that’s going to fight against us,” the Bursaspor left-back said.

“They are playing at home so we are expecting a tough game but we approach every game the same. It’s not going to be any different.

Inside the Socceroos: meet Ange's analyst

“As a footballer you just have to take it on board and continue,” he added when asked about the different conditions in Kyrgyzstan.

“I think we have a good enough side to put those little things past us because they are playing in the same conditions as us.

“There’s no excuses and we’re just there to get the job done.”