Ange Postecoglou says the longer training camp in Thailand before this month’s FIFA World Cup qualifier will be invaluable as the Caltex Socceroos aim to progress their game even further.

Risdon, Degenek to boost options at right back

For the first time during this phase of qualifying, Australia will play just one match in a window, giving Postecoglou nine days with the squad to prepare for the November 15 clash in Bangkok.

It means he will be able to have as many as six full training sessions in Bangkok with the players to work on aspects of their game, as opposed to just one or two in previous camps where all the preparation is centred towards game day.

“We found the last time we had this type of camp we get a lot out of it, in terms of the progress of the team and the way we want to play our football,” Postecoglou told reporters on Wednesday.

“We can let them recover from their weekend games and the travel and have four or five sessions with the whole group which allows us to work on things.” 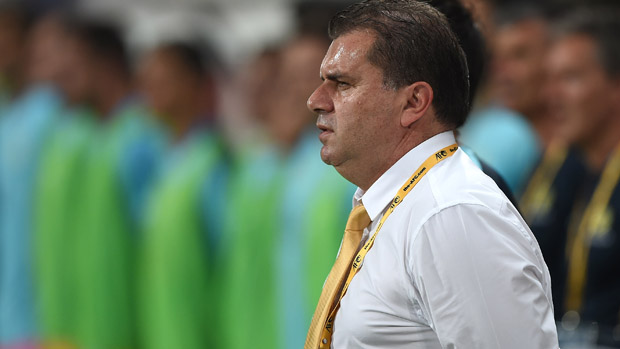 One of the key things Postecoglou will want to work on is his side’s ability to break down opposition content to sit deep, with numbers behind the ball and hit on the counter attack.

“The way we want to play our football, we continue to progress the team but we’re continually faced with new challenges.

“Particularly in the Japanese game it shows where we are as a team are right now where, probably the most dominant team in the region, has decided to sit back on us.

“It means we’re at a stage where we can start progressing our play and understand that’s that where we’re at as a team.

"You can only do that when you have time and while five or six sessions doesn’t seem like a lot, for us it’s very valuable.”

The Thailand game will mark the halfway point of the qualifying phase, with the Caltex Socceroos currently unbeaten and in second spot in the group on eight points.

Saudi Arabia lead the way on 10 points, while Japan are in third on seven, with those two nations to face-off at the same time as Australia’s clash with Thailand.

“I think we’ve probably had 45 minutes of football I haven’t been happy with in the first four games, that first half against Japan. The rest we have been pretty strong,” Postecoglou added of the qualifying phase so far.

“We’ve had a couple of really tough trips so this first part of qualifying has been really important.

“If we can get three points in this game and be sitting on 11 points, with the program we have next year with three home games and the Iraq game in neutral territory, we’ll be in pretty good shape.”