Australia U23’s Group D to go down to the wire

Australian U23 Men’s National Team midfielder Riley McGree says Australia will leave nothing in the tank when the team takes on Korea Republic in their third and final Group D match at the 2018 AFC U23 Championship in China on Wednesday evening.

Ante Milicic’s men will need to secure at least a draw against the young Taegeuk Warriors at the Kunshan Stadium in Jiangsu Province if they are to advance to the Quarter Finals of the 16-team continental competition.

Australia lost 1-0 to Vietnam on Sunday after defeating Syria 3-1 in their first match of the tournament last Thursday.

Meanwhile, Korea Republic drew 0-0 with Syria on Sunday after defeating Vietnam 2-1 in their first game of the group phase.

A tightly contested final matchday awaits in Group D, with all four teams still in contention to qualify for the knockout stage.

Adding to the tension, the two matches will be played simultaneously in the cities of Kunshan and Changshu.

“It was a tough defeat to take (against Vietnam),” McGree, who will spend the next few months on loan at Newcastle Jets from Club Brugge, told Socceroos.com.au.

“We had a game plan and our idea was to be on the front foot and play attacking, aggressive football.

“We spent most of the game in their half, had a lot of possession and chances, but they got us on the break and were able to see out the game.

“We have another game to go in the group stage and that match represents a chance for us to go through to the Quarter Finals, so we’ll give it everything,” he said.

McGree added that while the team can learn many lessons from their loss to Vietnam, now is not the time to dwell on the defeat. 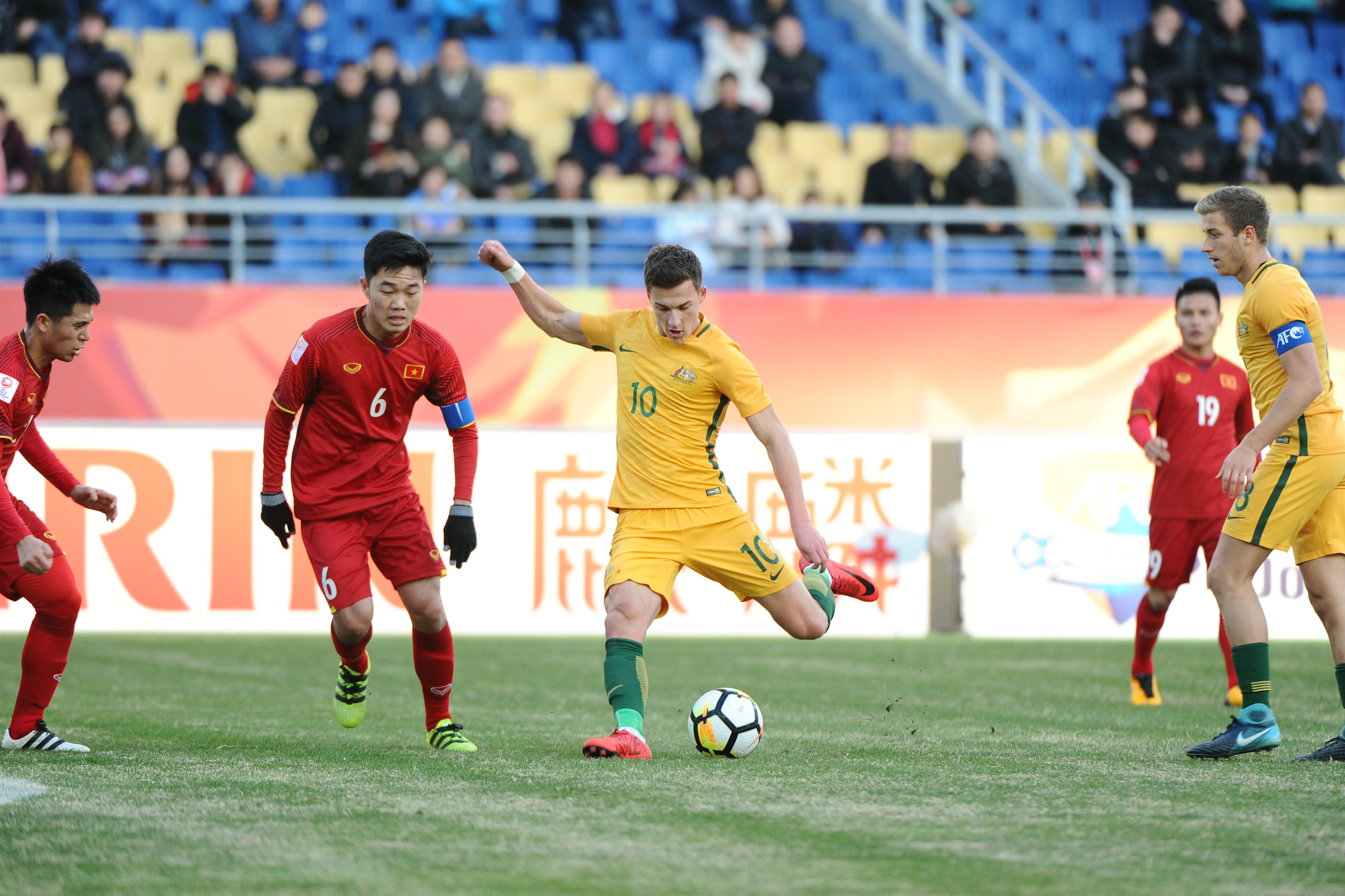 Instead, McGree believes the team’s full focus must be on preparing for the challenge of Kim Bong-gil’s Korea.

“Personally I believe you can learn new things from every opponent,” McGree said. “But from today (Monday) it’s all about analysing and preparing for our next opponent.”

“Vietnam is out of the way, so we have to look forward to the next game and focus on how we are going to play against Korea Republic.”

Australia’s final Group D fixture against Korea Republic will be broadcast LIVE and EXCLUSIVE on FOX SPORTS from 10.30pm AEDT on Wednesday (17 January).