Rogic played 82 minutes as the Hoops held on for a 3-2 win over Aberdeen to secure a fifth straight league title.

Only needing a draw to clinch the championship, Celtic raced to a 3-0 lead early in the second half thanks to a Patrick Roberts brace and another to Mikael Lustig.

But Aberdeen set up a nervy finish by pulling two goals back with still 25 minutes to play through Niall McGing and Andrew Considine.

It was to no avail as Celtic held on for the win to kick off title the championship party for Rogic.

There was also reason to celebrate for fellow Aussie Shane Cansdell-Sheriff as his Burton Albion side secured promotion to the English Championship.

Cansdell-Sheriff played a full match as Burton drew 0-0 at Doncaster Rovers to finish second in League One and ensure back-to-back promotions for the club.

Elsewhere in the UK, Bradden Inman got through 90 minutes as his Crewe Alexandra lost 2-0 at Fleetwood Town, while James Meredith played a full game in Bradford City’s 2-0 win over Chesterfield and James Wesolowski was unable to inspire Shrewsbury Town, who lost 3-0 at Swindon Town.

Tim Cahill’s late penalty wasn’t enough for his Hangzhou Greentown side, who went down 2-1 against Guangzhou Evergrande.

With his side trailing 2-0, Cahill dispatched a penalty with 14 minutes left to give his side a lifeline but they were unable to find an equaliser.

In Holland, goalkeeper Brad Jones played a full game as his side lost 1-0 at Feyenoord on the final day of the season, while Tomi Juric got through just over an hour as Roda JC lost 3-2 against Willem II.

James Holland played 75 minutes as MSV Duisburg drew 2-2 at SV Sandhausen in Bundesliga 2, while Milos Degenek was replaced early in the second half as 1860 Munich beat Paderborn 1-0. 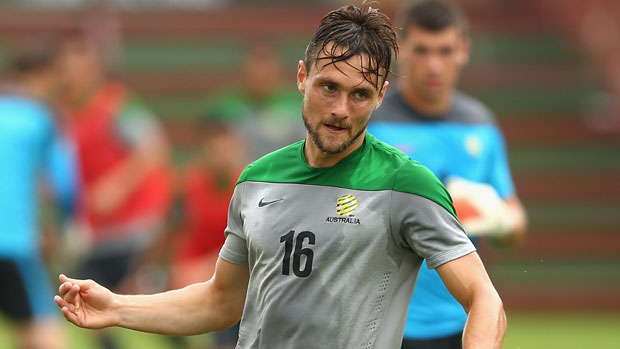 Ex-Central Coast youngster Anthony Kalik continued his strong form in Croatia but his Hajduk Split side lost 2-0 at home to Inter Zapresic, while keeper Mat Ryan watched from the bench as Valencia were beaten 3-2 by Real Madrid.