Plenty of Caltex Socceroos were back in action for their clubs over the weekend following back-to-back wins in World Cup qualifying during the international break. Here's the wrap of the results.

Aaron Mooy has continued his stellar start to the English Championship season, hitting the winner in Huddersfield Town’s win over Leeds United.

Fresh from being nominated for the league’s Player of the Month Award for August, Mooy’s spectacular second-half strike fired his side to a 1-0 win at Elland Road.

It was the midfielder’s first goal in English football following his move from Melbourne City and maintains Huddersfield’s unbeaten start to the season.

The 25-year-old started and finished the move which led to the decisive goal on 55 minutes.

Having put in a cross the ball was cleared back to Mooy by the Leeds defence, with the 25-year-old unleashing an unstoppable strike from outside the box that rippled the top corner.

The Terriers have now begun the campaign with five wins and a draw, eclipsing their previous best start to a season and are four points clear at the top of the table.

Elsewhere, Jackson Irvine helped Burton Albion earn a point on the road against Wolverhampton, while fellow Socceroos Massimo Luongo and Bailey Wright were rested from their side’s fixtures.

In the Premier League Brad Smith and Adam Federici were both unused substitutes in Bournemouth’s win over West Brom, while Aidan O’Neill was not in Burnley’s squad for their draw with Hull City.

In League One, James Meredith got through 90 minutes as Bradford City continued their unbeaten start to the season with a 1-1 draw against Gillingham.

Alex Cisak was in goals in League Two as Leyton Orient had to settle for a 2-2 draw against Carlisle United.

Tom Rogic played the best part of an hour in Celtic’s thumping 5-1 win over Rangers in the Old Firm derby in Scotland.

Elsewhere in the Scottish Premiership, Scott McDonald played in Motherwell’s 1-1 draw with Ross County, while Ryan Edwards played the second half of Partick Thistle’s 2-0 loss to St Johnstone.

Mathew Leckie played a full game as Ingolstadt suffered a 2-0 loss at home to Hertha in the Bundesliga.

Tomi Juric was a second-half substitute in Switzerland but couldn’t help FC Luzern overcome a two goal deficit as they were beaten 2-1 by Young Boys.

Nikita Rukavytsya was on the scoresheet in Israel, hitting the equaliser in Maccabi Haifa’s 1-1 draw with Bnei Yehuda.

Tomislav Mrčela helped Jeonnam Dragons pick up a point against K-League leaders Jeonbuk FC, while Erik Paartalu was missing for the home side in the 2-2 result.

Also in South Korea Bruce Djite and Adrian both played in Suwon FC’s 3-2 win against the Pohang Steelers.

In China Michael Thwaite played in Liaoning Hongyun’s 2-0 win against Hangzhou Greentown, while teammate Dario Vidosic was an unused sub and Matthew Spiranovic was not in the opposing squad.

Mark Bridge was on the scoresheet in Thailand, as Chiangrai United claimed a 4-2 win against BEC Tero Sašana.

Meanwhile Aurelio Vidmar’s Bangkok Glass were beaten away to Buriram United, with Matt Smith playing a full match in the 2-1 loss. 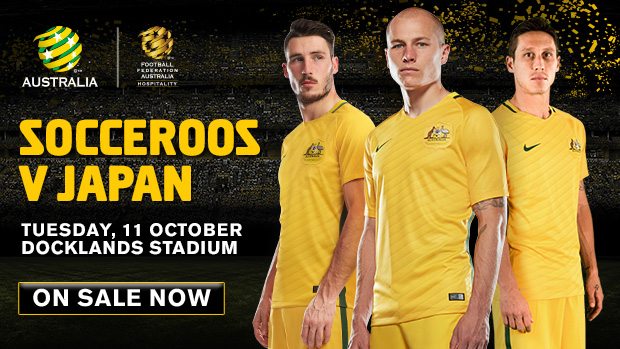