Caltex Socceroos winger Craig Goodwin marked his first start in the Eredivisie with a goal, Aaron Mooy continued his fine form for Huddersfield while there was disappointment for Mile Jedinak on the opening day of the EPL.

Goodwin got through 85 minutes in his first competitive start for Sparta Rotterdam and announced himself to the fans by getting on the scoresheet.

The former Adelaide United flyer scored Sparta’s second goal just before the hour mark as they went on to win 3-1 at PEC Zwolle.

Fellow Aussie Kenneth Dougall came on for the last 13 minutes for Sparta.

In England, Mile Jedinak played a full game for Crystal Palace but they opened the season with a home defeat against West Bromwich Albion.

There was better news for Aaron Mooy in the Championship as Huddersfield picked up a huge win on the road at Newcastle United.

Mooy was again a standout as Huddersfield held on for a 2-1 win against Rafa Benitez’s toon army at St James’ Park.

Also in the Championship, Jackson Irvine got through 90 minutes as Burton Albion lost 2-1 against Bristol City, while there was a defeat by the same score for Bailey Wright, with Preston North End beaten by Fulham.

There were also full games for James Meredith in League One as Bradford beat Peterborough 1-0, while Cam Burgess’ Oldham Athletic drew 0-0 with Walsall.

And in League 2, Alex Cisak was in goal for Leyton Orient but they lost 1-0 at home against Newport County.

There was another win for Tomi Juric in Switzerland as FC Luzern beat FC Naters 4-1 in the Cup, while Scott McDonald’s Motherwell lost 2-1 at home to St Johnstone, with the striker playing a full match.

Former Melbourne City attacker David Williams was on the scoresheet for Haladas in Hungary as they won 3-1 against Diósgyőri VTK, while Kwame Yeboah scored the winner as Borussia Monchengladbach II beat Fortuna Dusseldorf II 1-0.

In friendly action, Mat Ryan was in goal for Valencia as they fought out a 2-1 win over Serie A’s Fiorentina.

It was an all Aussie battle in China with Matthew Spiranovic’s Hangzhou Greentown getting bragging rights over Ryan McGowan and Henan Jianye.

Both defenders played a full 90 minutes but it was Spiranovic’s Hangzhou which prevailed 3-0 in the Chinese Super League.

Alex Jovanvic also played a full game as his Tianjin Teda drew 2-2, while in Thailand Matt Smith’s Bangkok glass was involved in a six-goal thriller, drawing 3-3 at Sisaket FC. 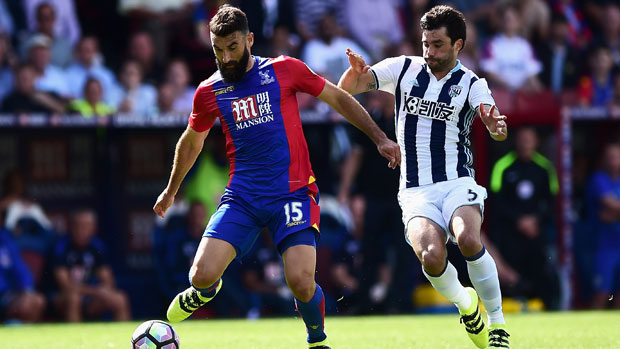