At one time, a FIFA World Cup qualifier would have meant a number of Socceroos stretching out on planes flying in from various European destinations.

There are still plenty of those but these days staff at FFA who arrange travel plans have to organise flights home from various Asia airports, too.

In the latest squad named by coach Ange Postecoglou to face Bangladesh and Tajikistan, there are representatives from all three of the big East Asian leagues: Japan, China and South Korea.

Alex Wilkinson has been there the longest, becoming an integral part of Jeonbuk Motors. The 31 year-old "Wilko" was a rock in the green defence last season as the team took the K-League title with comfort. 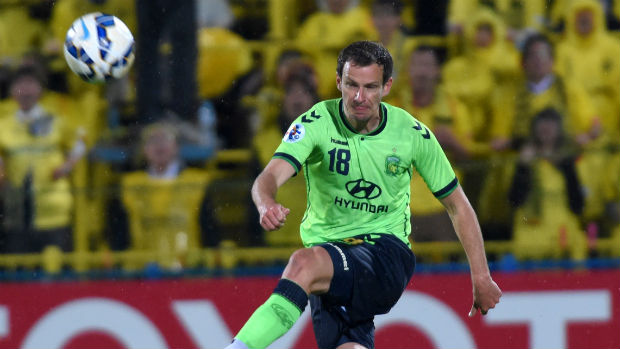 As things stands, Choi Kang-hee's men are nine points clear at about the three-quarters mark of the season and therefore looking good for a successive success.

There is also the fact that he is currently the only Socceroo still involved in the AFC Champions League and made some crucial interceptions in the quarter-final first leg against Gamba Osaka in August.

As fans say, if he could score then he really would be a hero. For a player who looked in 2013 as if he would be heading back to Central Coast Mariners after an indifferent start to his Korean career, he really has impressed.

Nathan Burns also struggled in the beginning in the Land of the Morning Calm but there was no redemption at Incheon United who, inexplicably, just did not select the talented attacker.

It was a relief when the former Adelaide United star was finally released, first to Newcastle, then to Wellington and in July, as a revitalised reigning Hyundai A-League Player of the Year, FC Tokyo. 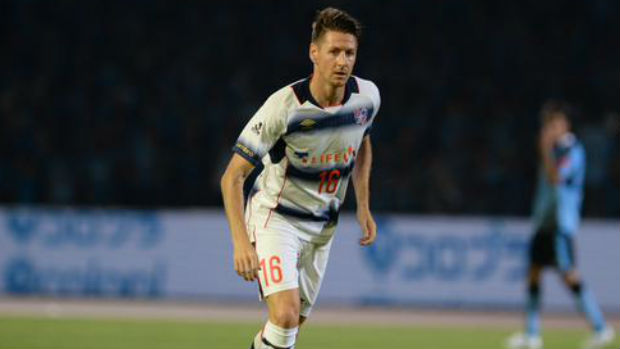 The 27 year-old from country NSW could have been forgiven for giving up on the idea of East Asia but his J-League career has started very well indeed.

Fans in the capital are coming to terms with losing star Yoshinori Muto to the Bundesliga but Burns has helped with two goals in his first four starts. He joins fringe Socceroo striker Mitch Duke who's making good progress at Shimizu S-Pulse.

And then there is Tim Cahill one of the big names of Asian football and after a slow start in the scoring stakes at Shanghai Greenland Shenhua has been banging them in.

Seven of his eight league goals have come this [Chinese] summer. Cahill has showed the type of determination and team spirit that has made him loved everywhere he has gone.

Shenhua still have that famous inconsistency but are heading for a top six finish, which, in an improving league, is a major step in the right direction. 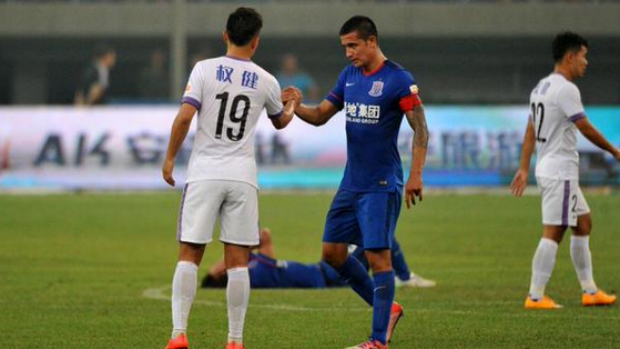 When he has time, Cahill can join many residents of Shanghai to head to the beautiful lakes of Hangzhou for a short [in Chinese terms] trip. There he will find Matthew Spiranovic.

With past spells in Japan with Urawa Reds and Qatar with Al Arabi, Asian adventures are second nature for the tough-tackling defender who lifted the AFC Champions League trophy with Western Sydney Wanderers.

In July, he moved to Hangzhou Greentown. Hangzhou is heading for a mid-table finish, though will have to be careful not to get sucked into a relegation battle.

Mark Milligan has played just 90 league minutes for Bani Yas in the UAE after heading to the Middle East in June. The former Melbourne Victory midfielder impressed and the club is confident he will be a fine signing.

And although he wasn't selected this time, Asian Cup final hero James Troisi has inked a deal with Ittihad FC in recent days, spreading the green and gold brand to Jeddah in the Saudi Premier League.

At the moment however, for Milligan and the other Asian-based Socceroos, the next few days are about getting six points from Bangladesh and Tajikistan.