Four games into the second round of qualification for the 2018 FIFA World Cup and Australia is sitting in a reasonable position in their group, especially with three games of the four remaining at home.

With 38 other teams also moving along the Road to Russia at varying speeds, there are always going to be some standout performers.

And below are a few that Hyundai A-League clubs would be well-advised to keep an eye on.

Sorry. It has to be done. The 24 year-old has had an excellent 2015. With eight goals for his country, the four-goal hero from the 5-1 win over Palestine at the 2015 AFC Asian Cup was a thorn in the side of the Socceroos in Amman earlier this month, 'winning' the penalty and then scoring a crucial second. Fast, increasingly confident and cool in the area, Al Dardour has is becoming one of West Asia's biggest stars. Can play in various positions in attack but get him in the box and things have a habit of happening.

The all action central midfielder has a penchant for scoring spectacular goals -perhaps something he learned growing up in Germany – and has had a healthy strike rate since his teenage years but is becoming more disciplined as he matures. The 23 year-old is becoming an energetic and influential part of an improving Philippines team. 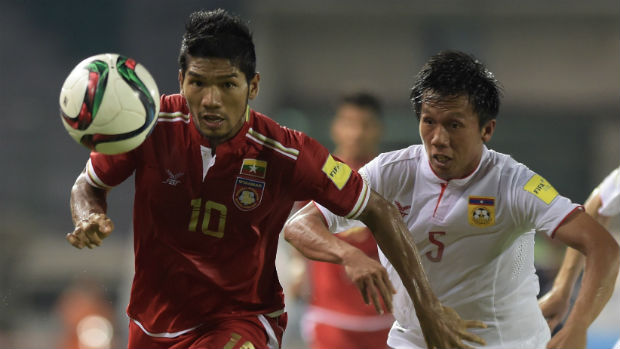 Just 22 but an established member of the Myanmar national team, the Yangon United man has really come into his own in the past 12 months or so and is now the go-to man when it comes to goals though he can play out wide if necessary. Very sharp acceleration to pounce and nip in behind defences and dangerous in the air despite his far from towering physique. Can play out wide as well as in the centre and always has a real zest for the game and has already talked about broadening his horizons.

Malaysia has had a torrid time in 2015 with a 6-0 loss at home to Palestine a low point until 10-0 loss in the United Arab Emirates a few days later. Then came a drop in FIFA's rankings to 171, a historic low. There has been a little good news since, a 1-0 win over Timor Leste and the form of Amri. The veteran attacker may just have been the best player in Malaysia in 2015 and is capable of conjuring goals from nothing - just look at his lovely lob in the first leg of the semi-final of the AFC Cup in Kuwait, an absolute delight. 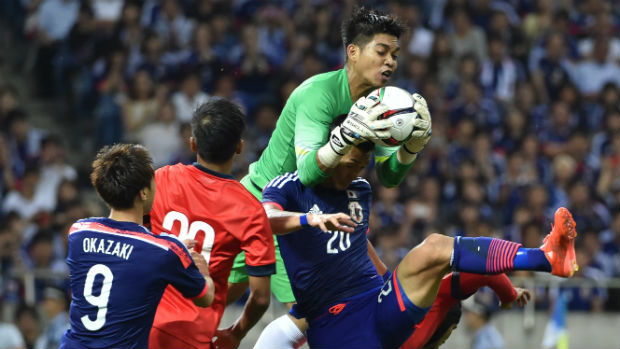 This goalkeeper had one of the best games in memory when Singapore shuffled eastwards towards the cauldron that is Saitama Stadium just north of Tokyo. Nobody gave the Lions a chance – football in the city state has been in the doldrums lately- but the 25 year-old was inspirational. Japanese coach Vahid Halilhodzic was still shaking his head an hour after the game in the press conference after he made save after save to keep it all goalless. Now there is talk of a J-League club snapping him up.

The Man of Steel has been the mainstay of the Maldives national team for years and is approaching a half century of goals. A major star in his homeland, he was linked with a move to Benfica a few years ago. Of late, he has become one of the best foreign players in recent times to play in Malaysia. A good all-round striker who drifts behind defences to find space, the 30 year-old has been one of the more consistent Asian strikers of the 21 st  century and already has managed three goals along the road to Russia so far.

It's not easy to make headlines when you are a defensive midfielder. Sometimes, you are more noticed when you are not on the pitch and that is the case for the Palestinian star despite the fact that he has just broken into the Palestine team. Just as intelligent without the ball as he is with it, Darwish has a very bright future.