Ange: 'Why I pushed for Gombau to join FFA'

Caltex Socceroos coach says attracting Josep Gombau to the national teams' unit was something he pushed for, describing the Spaniard as being committed to a clear philosophy.

Speaking on Tuesday, Postecoglou said he admired the former Adelaide United manager and felt he could add to the coaching mix at national team levels.

“I was the one who sort of instigated it,” Postecoglou said of the appointment.

“While Josep was here [in the A-League] he showed that he was committed to a certain style of football and he’s also in terms of his own beliefs he’s very strong, and that’s really impressive.

“And the fact that he’s had exposure to Australian football was also important.

“He’s still a young coach in many respects, so I thought here’s an opportunity to bring him back to the country. With the work he did, I thought it’d be a shame he’d be lost." 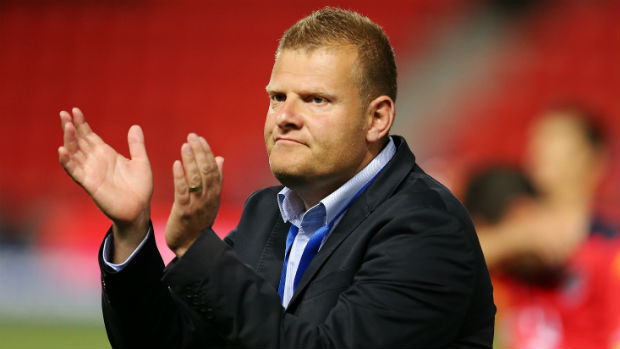 Gombau was announced recently as the new national U-23 coach and will begin working with the Young Socceroos later this month.

This group that will become the next Olyroos squad aiming to qualify for Tokyo 2020.

“And what he brings with his education in Spain and also having been here complements things well, particularly with our young players," added Postecoglou.

Postecoglou and Gombau faced off in the Hyundai A-League early in Season 2013/14, with Postecoglou's Victory and Gombau's Reds playing out a thrilling, highly technical and attacking 2-2 draw at Hindmarsh.

It was fantastic viewing and a clear indication that both coaches were on the same page.

“The people and the players in Adelaide all spoke very highly of him as an educator and I think he’s ideal for that role," added Postecoglou.

“And he can add something to all our national teams, including the senior team with Ante [Milicic], Pete Cklamovski and Tony Franken we’ve got a really good coaching set up and Josep can add to that no doubt.” 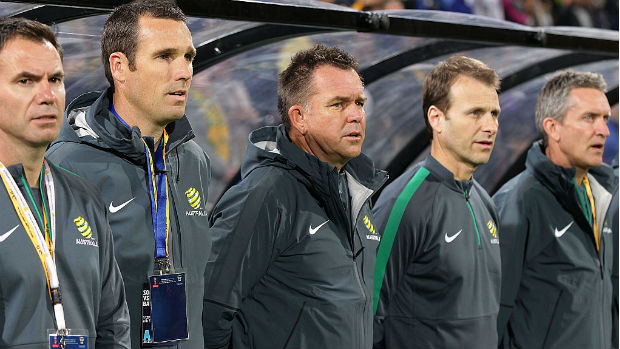 Gombau will work across the national team units, and will be sitting on the bench with Postecoglou in the September 1 World Cup qualifier with Iraq in Perth.

“He’ll be working closely with everyone [in the national teams].

"One of my goals and hopefully one of my legacies after I’m gone is that all our teams play a certain way.

“That’ll only happen if we’re on the same page.

"Whilst they all have their individual teams, the national teams unit is very much one unit.

“I’d like to think we’ve almost created a club environment where we’re all on the same page."

*Read the full interview next week as Postecoglou discusses the upcoming 13 months for the Socceroos, analyses his squad and assesses his players' transfer movements over the European summer.