Sainsbury hasn’t seen any first team action since moving on loan to Italian giants Inter Milan in January while Smith has been used sparingly by Bournemouth in the Premier League.

“We’re relatively comfortable with where they’re at. Again, we prefer that they be playing,” Postecoglou told reporters on Tuesday.

“Brad will probably be different to Trent. They’re [Bournemouth] getting to the back end of their season. From his perspective, physically I don’t think there’s been an issue.

“Even when he’s come into camp without playing he’s always looked in good physical condition for us.

“He’s unlikely to be able to play in both games I’d suggest but we’re comfortable with him coming in.” 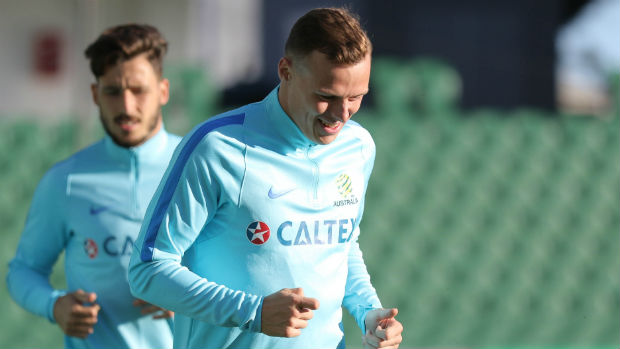 Sainsbury hasn’t played since any club football since Australia’s World Cup qualifier against Thailand in November but Postecoglou said he was still keen to have the former Mariners stopper involved.

“With Trent, it’s a little bit of a different one. Again he’s obviously just training and he hasn’t been able to get [game] time for quite a while now.

“We’re taking a little bit of a punt on him. Trent in the past been pretty resilient for us.

“I’d certainly like to keep him involved because he’s been a big part of what we’ve done over the last three years.

“I don’t think he’ll be able to play in two games. He’s training very, very hard it Italy, we know that. He’s got some really big [training] loads and we’re comfortable he’ll get through a game.” 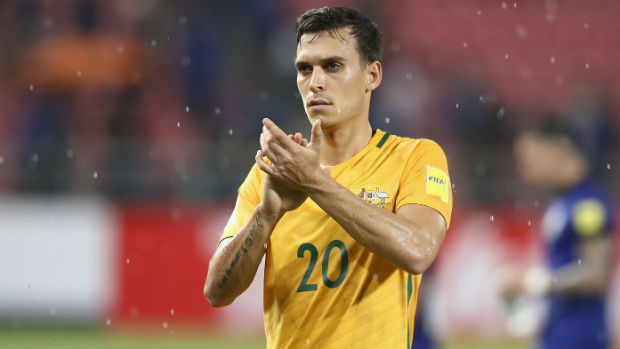 With Smith and Sainsbury unlikely to play both fixtures, Postecoglou has selected cover in both positions with Bursaspor fullback Aziz Behich and Perth defender Rhys Williams both included.

The versatile Mark Milligan can also slot in at centre-back as could Mile Jedinak while Milos Degenek and Rhyan Grant are other options in the full back positions.