Ange to stick with core of Caltex Socceroos

The national team last played in mid-November against Thailand in Bangkok.

Since then a number of faces on the fringes of national team selection have stood up at club level.

But after developing a core squad of players since winning the Asian Cup in 2015, Postecoglou senses now is not the time for experimentation ahead of the two qualifiers against Iraq in March 23 in Iran, and UAE on March 28 in Sydney.

“This year’s the most important year in the World Cup cycle.

‘‘Our trial period of players [is virtually complete].

‘‘This year will be about consolidating a group of players and hopefully reaping the rewards of the hard work we’ve done so far.

“That’s not to exclude anyone breaking through, we’ve still got six months, but I wouldn’t expect too many new faces. 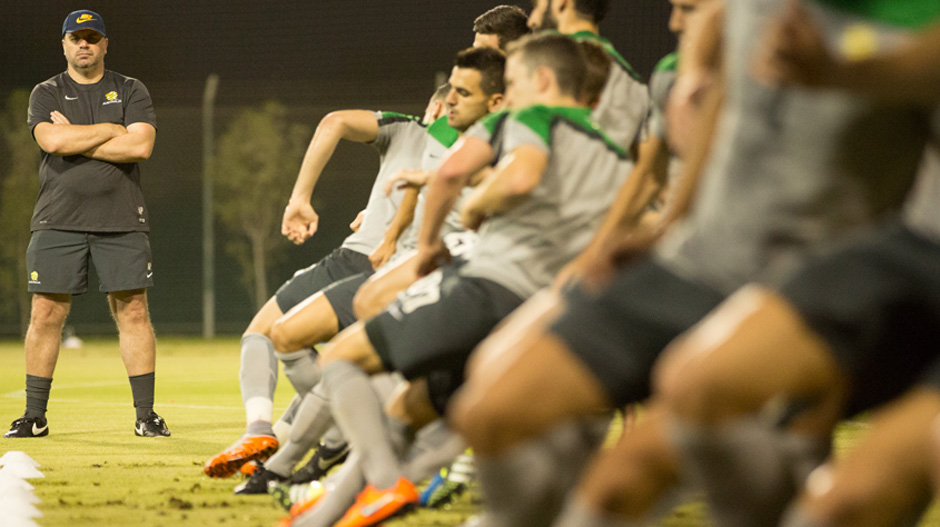 ‘‘We spent a lot of time last year developing some of our players for whom it was their first World Cup qualifying experience.

‘‘We wanted to make sure that they got as much game time [as possible] over the last 12 months knowing we had some tough trips in there.’’

The Socceroos are on nine points and in third spot, behind Japan and Saudi Arabia both on 10 point atop the group. The top two teams automatically qualify for Russia 2018.

Australia faces Saudi Arabia on June 8 in Adelaide followed by a clash with Japan in Tokyo on August 31 before ending the group at home to Thailand on September 5.

March's two qualifiers loom large with six points an absolute necessity to keep pressure on the Japanese and Saudis.

‘‘We’ve got some big games with some big consequences but all the games are going to be played in conditions that should suit our football," added Postecoglou.