Ange Postecoglou lauded a dominant performance from his Socceroos, believing patience was the key to their 3-0 win over a plucky Tajikistan in Dushanbe on Tuesday night in World Cup Russia 2018™ qualification.

The Socceroos controlled the contest from the outset and created a number of chances but had to wait until the second half to cash-in with the goals at the Central Republican Stadium in the capital Dushanbe.

Speaking after the match, Postecoglou felt his side got rewarded for their dominance after failing to make things count in the first half. 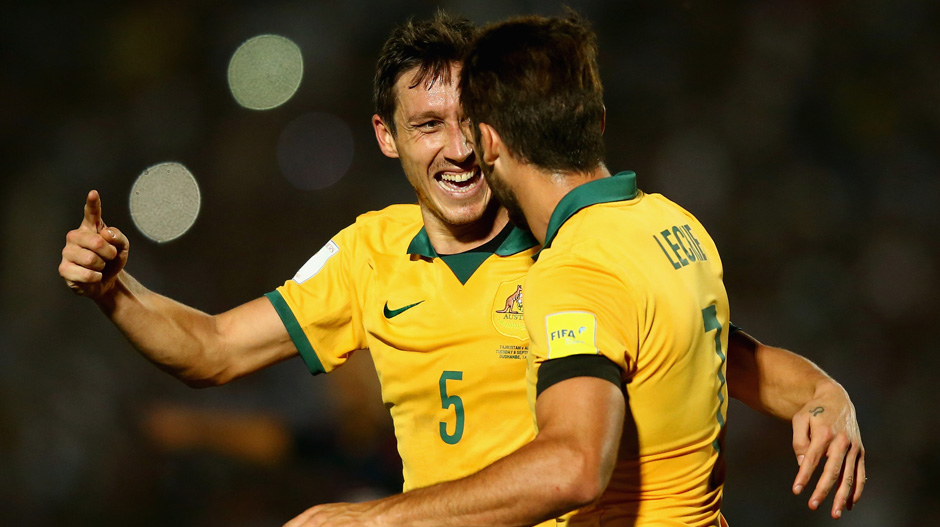 “It’s a great result but I thought the performance was really good too,” Postecoglou told Fox Sports.

“We controlled the game from the start, we didn’t get our reward in the first half and we probably lacked a bit of a clinical edge.

“But I said to the boys at half-time the way we’re moving the ball, there’s no way they [Tajikistan] are going to be able to keep up.

“I thought the last half an hour we could have had a couple more. It was a real dominant performance.”

Postecoglou noted the players have confidence their style of play will always wear opposition sides down, especially with their impact players coming off the bench.

“We want to move the opposition around and get them chasing the ball because we know were going to finish strong,” the Socceroos boss said.

“The beauty of it is now we have real weapons coming off the bench.Tonight we had the two Tommy’s [Rogic and Oar] and [Nathan] Burns came on.

With a host of experienced stars like skipper Mile Jedinak, Mat Ryan and Robbie Kruse unavailable for these qualifiers through injury, it gave the likes of Aaron Mooy, Bailey Wright, Adam Federici and Tom Rogic a chance to press their claims in the Green and Gold.

And Postecoglou was impressed with what he saw from the newer members of the squad.

“Just a general feel in this camp we’ve made some real progress with guys like Aaron [Mooy], Bailey Wright, Tommy Rogic. Some of the new boys we’ve introduced have really added to what we’re doing,” he said.

“The depth’s getting really good but more importantly there’s a real belief, whoever we play and whatever team I put out there we’ll take it to the opposition.” 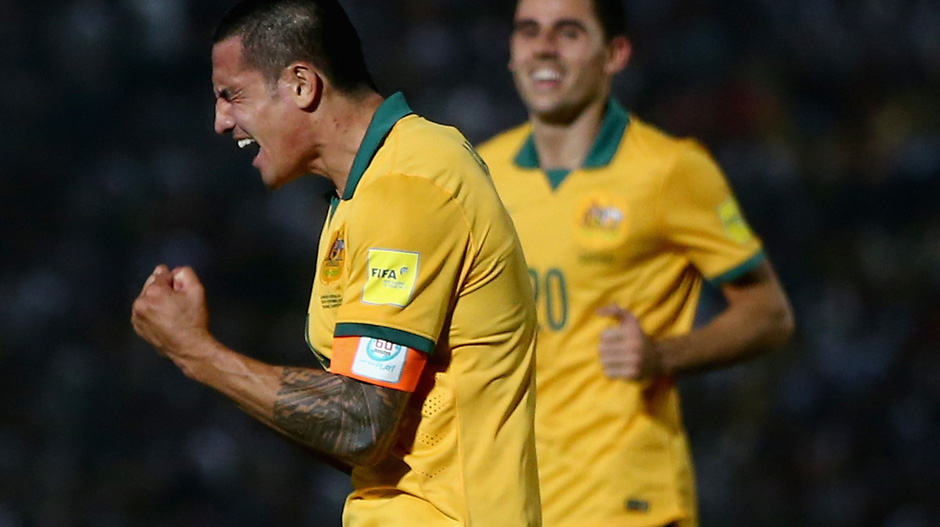 The Socceroos are top of Group B with three wins from three matches, two points ahead of Jordan who is their next opponent on the road next month.

Postecoglou says this perfect start has set the side up nicely for a comfortable progression through to the next stage of qualifying.

“When we looked at the fixtures we knew we had three out of the first four away from home and two in places we’ve never been before there was always going to be challenges there,” he said.

“To be on nine points after three games it sets us up really well. We’ve got a tough one in Jordan next time and we didn’t do too well last time we played there.

“But another good performance there and it will set us up nice.”