Caltex Socceroo coach Ange Postecoglou was happy Australia maintained their desire to go on with it for the full 90 minutes after their 7-0 win over Tajikistan on Thursday night in Adelaide.

The Australians scored inside the opening two minutes and didn’t let up with a blistering second half after leading 2-0 at the break.

Postecoglou was pleased the team maintained their rage as he looks towards the finale to the group against rivals Jordan next Tuesday night.

“The Bangladesh game home and away we scored a lot of goals in the first half and didn’t finish it off," he told Fox Sports. 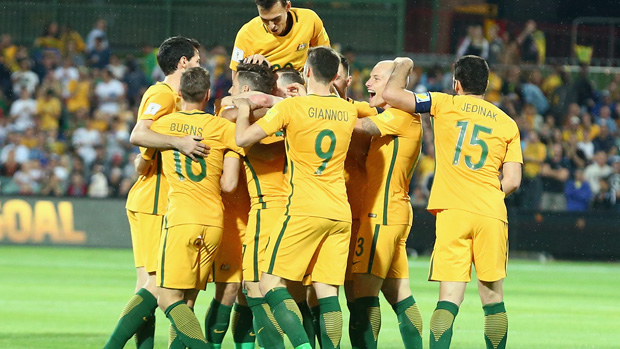 “And we spoke about finishing it off today. And to their credit the players did.”

The win was in the bag early with the Australians totally dominating. At times it look too easy, a point the coach made.

“These games can become difficult. We knew they’d sit off," said Postecoglou.

The Socceroos hit the bar four times as they lay siege to the Tajik goal in a second half that could’ve easily resulted in the Aussies reaching double figures.

“Having such a quick start and scoring the goal it was just a matter of time before they capitulated.

“And we just had to stay professional in the second half and we missed a fair few opportunities as well," added the Caltex Socceroos boss.