Ange Postecoglou says Mat Leckie’s stunning display against Bayern Munich on the weekend is a sign of his maturity and importance to the Caltex Socceroos for next month’s massive FIFA World Cup qualifiers.

On Tuesday, Leckie was named in Postecoglou’s 23-man squad for games against Saudi Arabia in Jeddah (October 6) and five days later against Japan in Melbourne.

These will be two huge tests and Leckie will likely feature in both.

An almost ever-present under Postecoglou, Leckie’s selection was obviously no surprise but he’ll come into camp in confident mood, especially after his display against the might of Bayern in the Bundesliga on Saturday. 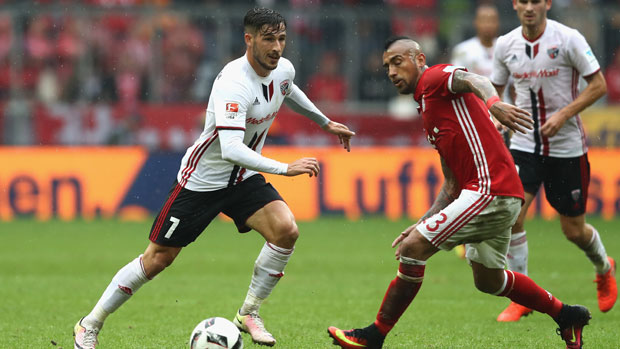 The 25-year-old set up FC Ingolstadt’s goal with a peach of a pass and terrorised the German champion’s defence all match.

“If it wasn’t for one world-class save and he probably should have got a penalty as well, he would have been the star of the show against Bayern Munich,” Postecoglou said of Leckie.

“Since I’ve taken over he’s probably played more games than anyone else and I’ve rated him highly from the moment I took over.

“I know people look at his goal-scoring return and think he doesn’t do enough but for us he’s a very important part of what we do.

“It’s not just what he offers in an attacking sense, physically he’s very intimidating to opposition both with and without the ball and he’s continuing to mature.

“He’s been fantastic in a very tough league, was excellent on the weekend and if not for a world class save he would have been the star of the game against arguably one of the best club sides in the world.” 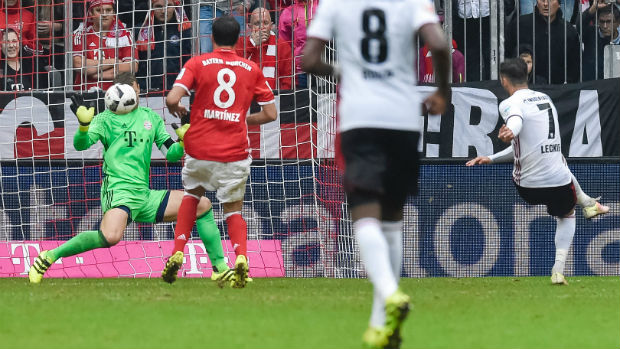 Leckie is again sure to be a key player for the Caltex Socceroos as they look to maintain their 100 percent record in qualifying next month.

Wins over Iraq and UAE in the first two qualifiers have set the qualifying path up nicely for the rest of the campaign.

As well as the two matches in October, Australia also face a trip to Thailand in November, with Postecoglou conceding these matches to end 2016 could be pivotal in the side’s quest to reach Russia 2018.

“I thought the back half of this year was always going to be the challenging part for us. We know next year the likes of Thailand Saudi, UAE are all coming to Australia and plus we have Iraq at a neutral venue,” Postecoglou said.

“We’ve had a strong start with two wins and two strong performances which is pleasing but we’re under no illusions these games will be just as tough.

“If we can continue those performances from the first two games it means we’re going to be tough to beat and having the points on the board means pressure is on the opposition to a certain extent.

“Obviously this window and the Thailand game away [in November], if we can get through that relatively unscathed, it really sets us up well for World Cup qualification.”