Socceroos coach Ange Postecoglou has revealed he added fresh faces to his squad such as striker Apostolos Giannou to inspire his team to reach the next level.

Postecoglou named his latest squad on Wednesday, with Giannou, Jason Geria and Alex Gersbach the uncapped players selected, while previous stalwarts Matt McKay, James Troisi and Ivan Franjic were all left out.

Since he took over as Australia's coach, Postecoglou has made significant changes to the Socceroos, moving on the likes of Mark Schwarzer, Lucas Neill and Luke Wilkshire, and the 50-year-old is still looking to deepen the pool of talent at his disposal.

Postecoglou hopes Australia's next two World Cup qualifiers against Tajikistan and Jordan - on March 24 and 29 respectively - will see some players step up and prove their international credentials. 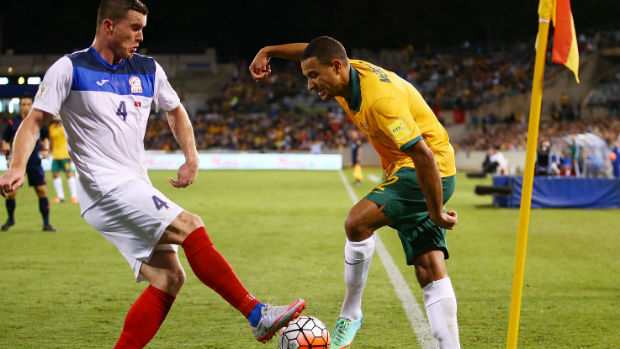 "With the likes of Matt McKay, James Troisi, Alex Wilkinson, Jason Davidson and Ivan Franjic - to name a few, who have been a permanent part of our squad the last 12 months - it means we're going to be building some real depth and some real competition for places," Postecoglou told reporters in Melbourne.

"So I guess that's the challenge looking forward to these two games."

With a "massive year" coming up of World Cup qualifiers and friendlies against England and Greece, Postecoglou has challenged the Socceroos to improve.

"I think there's another level in us and we have to find that as quickly as possible, and these two games give us a perfect opportunity to do that," he said.

Giannou - a one-time Greece international, who has switched allegiances to Australia - could be a long-term replacement for the Socceroos' all-time leading goal-scorer Tim Cahill.

The 26-year-old striker, who signed for Guangzhou R&F in February, was still eligible to play for the Socceroos as he had only played in a friendly for Greece. 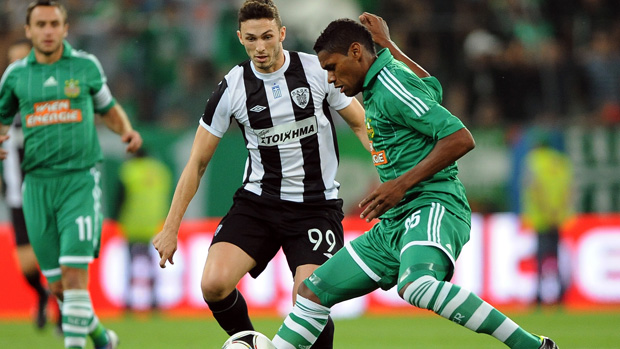 Giannou moved to Melbourne as a child and started his football career as a junior with Oakleigh Cannons and South Melbourne before moving to Greece to play in 2007.

"It was only recently, the last few months, that through the work of his representatives and Apo himself, we made some further investigation, we got clearance from FIFA that he's still eligible," Postecoglou said.

"I flew to Greece and had a chat to him and I'm really pleased to bring him in. I think he adds something to us.

"Of course, he gets an opportunity at international level.

"He's already had some experience at that level, playing a game with Greece but also at underage level, and he plays in a part of the park where we still looking to create some depth, especially in those central attacking areas."

Maclaren is the most prolific Australian forward in the A-League this season with 14 goals from 18 matches, and Postecoglou insisted the 22-year-old is on his radar. 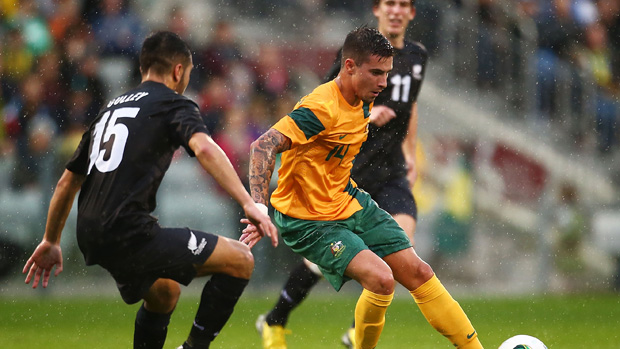 "He [Maclaren] was very close, he's been going very well and again we've been tracking him for quite a while," the coach said.

"Probably if Apo wasn't available, we would have brought him in to give him an opportunity. But there's no doubt if Jamie continues his form he'll get an opportunity at the right time."