Caltex Socceroo manager Ange Postecoglou is relishing the prospect of facing some of the world’s top nations after Sunday morning’s draw for the FIFA Confederations Cup 2017.

Australia were drawn against reigning world champions Germany, South American powerhouse Chile as well as the African champions (TBC) in a tough but exciting draw.

“It’s an exciting group,” Postecoglou told reporters after the draw in Kazan, Russia.

“We’ve played Chile before [at the 2014 FIFA World Cup) and Germany quite recently [in a friendly, drawing 2-2) and the African nation it’ll be a cracking game so I think it’s going to be a good group and one we’re looking forward to.”

Postecoglou added the Confederations Cup is a vital tournament as the Caltex Socceroos continue to progress a team.

“It’s enormously beneficial as we get our chance to measure ourselves against the best in the world.  And that’s what we want. 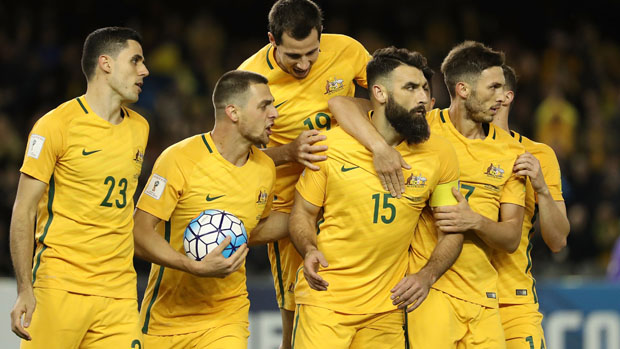 “The more we expose ourselves to that level, the more progress we can make. And with this group, it certainly gives us a chance to measure ourselves against the best.

“And we’ve been progressing as a team since we won the Asian Cup [in 2015] and played at the last World Cup.

“A lot of our players are maturing and when you look at this group it really gives us a good chance to measure ourselves and see how much progress we’ve made.

“Particularly since the last World Cup when we had another tough group. We played well there but didn’t get the results, hopefully this time we’ll play well and get the results.”