Analysis: who are Syria's key players?

Australian fans wouldn't be too familiar with the Syrian team but we have all the info on their key players plus their wily coach Ayman Hakeem.

The coach has been known to break down in tears in press conferences after a good result and has moulded a team that never gives up and gives everything.

Able to mix things up, depending on the opponent, happy to defend against the bigger teams and give it a real go against others. The play-offs with Australia will be his biggest test yet. 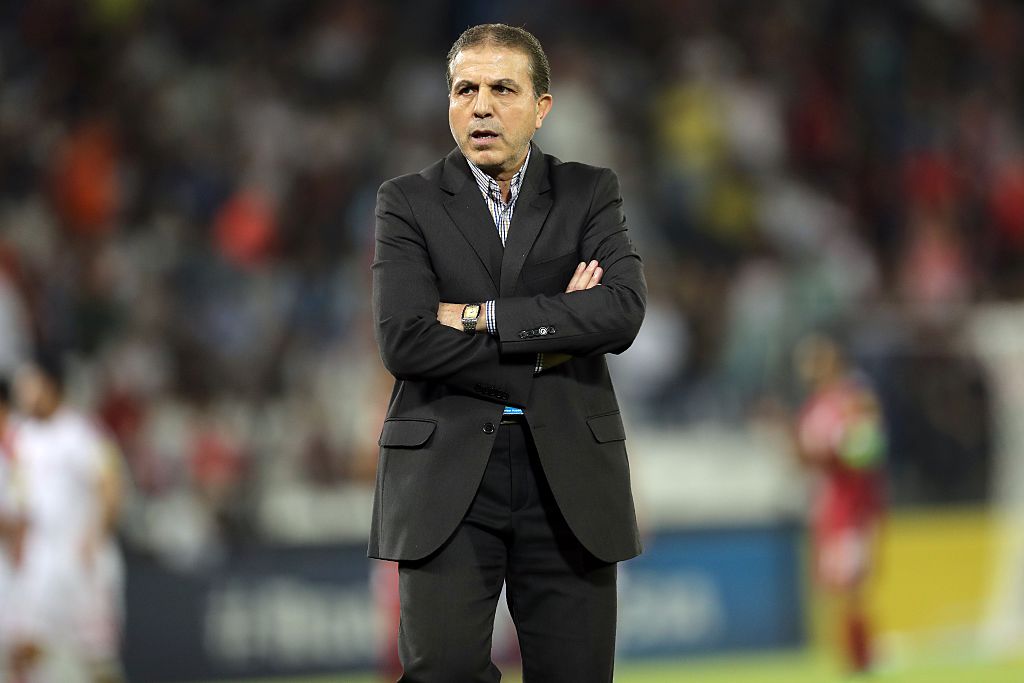 A number of famous attackers have played for Shanghai Shenhua: Didier Drogba, Nicolas Anelka, Carlos Tevez and Tim Cahill but it is only the Australian legend who had the impact of Al-Khatib and was as well-liked by the fans.

Not a big name in China at the time, the striker has slowed down a little now he is 34 but still pulls the strings in attack. 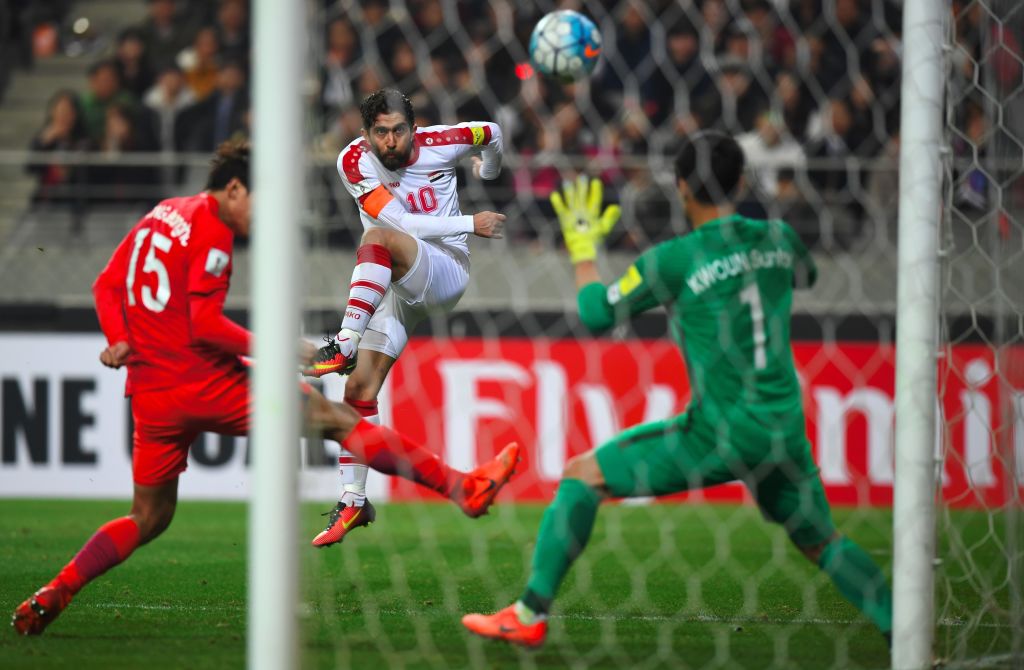 These days he can come deep to get the ball and with his awareness and composure is just as likely to be creating chances for others as taking them himself.

He has scored for fun at some famous Kuwait clubs such as Al Arabi and Al Qadsia. Averages a goal every other game for his country.

The inspiration captain sits at the back directing traffic and also chips in with vital goals from time to time, as was the case with a last-minute strike against China in June.

That annoyed fans back in the Chinese Super League where he plays for Henan Jianye. A leader on the pitch, Al Salih can be seen in the thick of the action when needed but also brings the ball out of defence to start attacks.

One of the best strikers in Asia at the moment. Al Soma is a defender’s nightmare. He can do everything: shoot with either foot, win the ball in the area, hold up play and just be a general nuisance as defenders in Saudi Arabian league, which he terrorises with Al Ahli, are well aware. He finished as the league’s top scorer last season.

Back in 2012, the 193 cm forward went to England for a trial with Nottingham Forest. Al-Soma impressed in the East Midlands but the two-time European champions were unable to secure a work permit.

The player has recently returned to the national team and he showed what he can do in injury-time in Tehran. 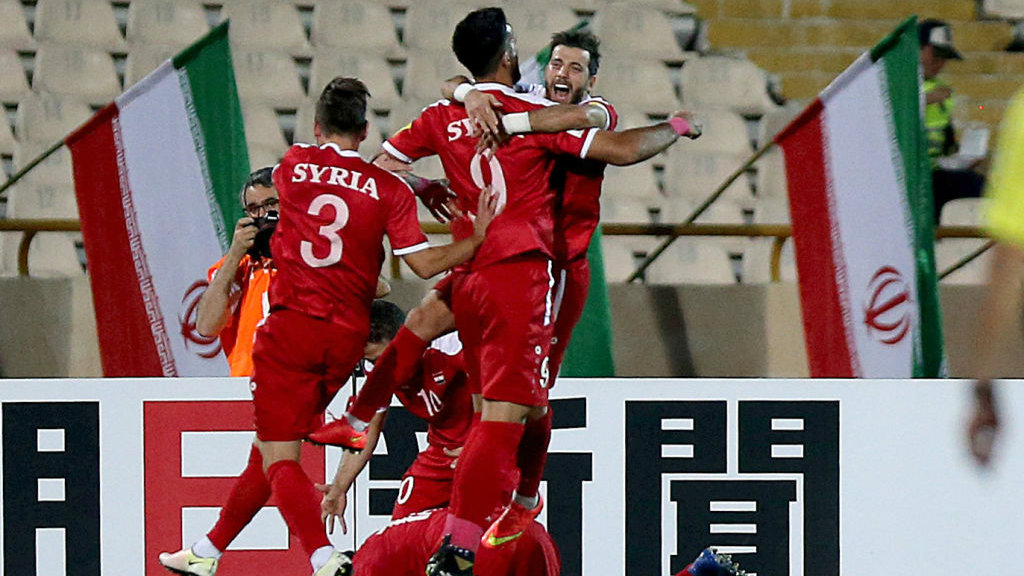 Few players score against Iran these days but with just the goalkeeper to beat to keep Syria’s World Cup dreams alive, he kept his composure and kept his team on the road to Russia.

The 25 year-old goalkeeper has been almost ever present between the sticks in this campaign and has established himself as one of the best number ones in the whole of West Asia. Athletic and brave, Alma has been frustrating some of the best strikers that the continent has to offer. 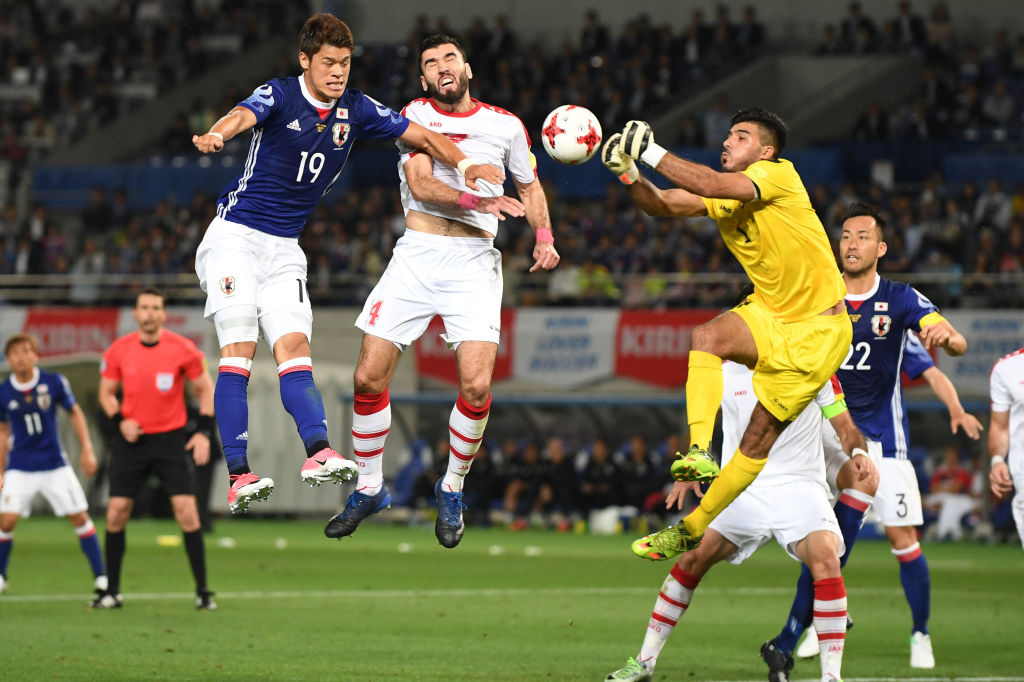 Some have also said that he can be frustrating in other ways. Alma is certainly happy to slow the game down when it suits Syria.  The best way to stop that is to actually score past him.

Another dangerous striker and another to play his club football in Saudi Arabia, this time for Al Hilal --the club paying big money, rumoured to be a seven figure sum. Just 23, he kept banging in the goals for Syria when some of his more illustrious fellow strikers were not available for selection.  Dangerous in the box and in the air, Khribin’s presence gives Syria real firepower going forward.