Asian football expert @JohnnyDuerden examines Jordan’s progress in the group under Belgian coach Paul Put ahead of next month’s showdown with the Socceroos in Amman.

Australia may be perfect so far in qualification for the FIFA 2018 World Cup Russia™ with nine points from three games, but Jordan is hot on Socceroo heels and just two points behind with a mouth-watering clash between the two coming in October in Amman.

Socceroos fans don't need to be reminded what a tough prospect that can be as Jordan famously defeated Australia 2-1 in qualification for the 2014 FIFA World Cup.

That was in the final stages of the road to Brazil, this is slightly different. 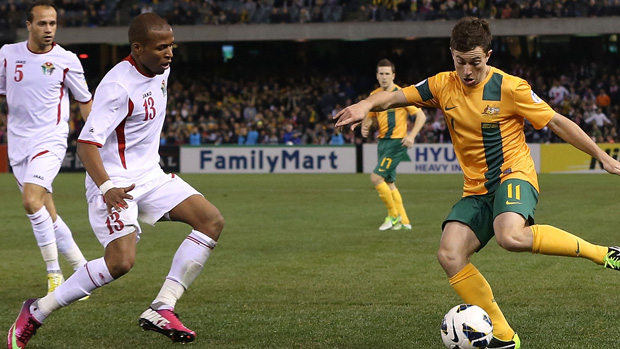 In Group B these are two teams tipped to finish first - which provides automatic progression to the final round - and second - which means the next phase if you are one of the four best runners-up of the eight groups.

A big game then and Jordan knows it can move into first place with victory. Their campaign started with a 3-1 win in Tajikistan, followed by a frustrating goalless draw at home to Kyrgyzstan on September 3.

A fine 4-0 win in Bangladesh on Tuesday keeps the pressure on the leader and took the men from Amman onto seven points.

The victory was perhaps not quite as comfortable as the result suggests. Bangladesh made four changes to the team that had lost 5-0 in Australia five days earlier and took the game to Jordan, missing some chances throughout the game.

Not only where the strikers of the Bengal Tigers wasteful, a needless handball from veteran defender Atiqur Rahman Meshu gave the visitor an early lead and the men in white did not look back.

Jordan continued to be aggressive and despite the humid conditions, worked impressively hard, pressured the hosts and got forward at every opportunity. Abdallah Deeb – a mainstay of the team for years - was the star with a goal in each half, the first from the spot, with Munther Abu Amarah and Yaseen Al-Bakhit also getting in on the act.

Jordan used the width of the Dhaka pitch to get behind the home defence on a number of occasions. Rajaee Ayed is a relatively new recruit to the team but the 22 year-old midfielder was involved in much of Jordan's slickest forward play.

Hamza Al Darfour scored four against Palestine in the AFC Asian Cup but while his pace worries defences, he is struggling to find the net at the moment. 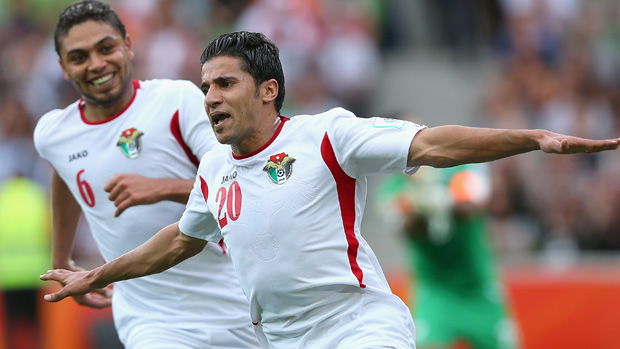 “The Nashama” is, as is often the case, is going through something of a transitional phase and trying to adapt to new methods of Belgian coach Paul Put who arrived in June.

English boss Ray Wilkins returned home soon after the 2015 AFC Asian Cup in which Jordan failed to progress past the first round and, a 5-1 win over Palestine apart, struggled to make an attacking impression, lacking creativity and penetration in the final third.

It will take time to bring real change. Jordan's strong showing in qualification for the 2014 FIFA World Cup, when it lost to Uruguay in an inter-continental play-off, came on the back of fine home form with all the team's points in the final stage coming in that intimidating Amman arena.

This time though, the team is perfect on the road, only dropping points at home to a hard-working and feisty Kyrgyzstan team. Jordan still struggles to break down defensive opposition and will not be unhappy to face an Australian team that likes to push forward. 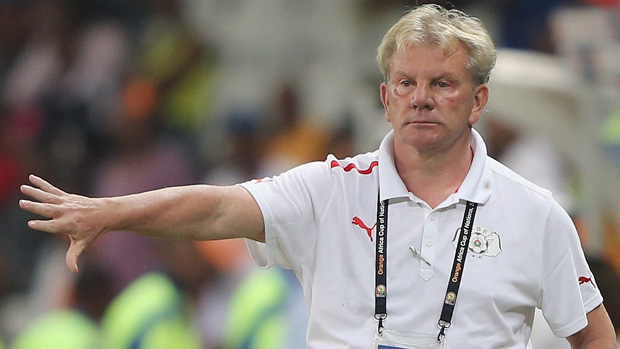 Put is trying to instil a more fluid attacking game and was delighted with the win in Dhaka. "We achieved what we came for in Bangladesh,” he said.

“Winning the match should be great value for us after the draw in the last game. It provides us with a timely boost ahead of next month's showdown against Australia.”