Vahid Halilhodžić’ is a wily coach. And he used all of his nous to set up Japan to blunt the Caltex Socceroos in their 1-1 draw in Melbourne.

The result was a perfect birthday present for the Bosnian coach, who turns 64 this Saturday October 15. And the result keeps Japan within striking distance of the top two in the group.

They came to Australia not to lose and that's what they got.

For Halilhodžić’ - who had been under plenty of media criticism in Japan after an underwhelming start to the group and who knew a loss might just cost him his job - it was about not going toe-to-toe with Ange's green and gold.

Japan’s approach was a compliment to Australia and a bizarre sight for those who relish watching the Samurai Blue’s traditional approach.

A nation steeped in Brazilian influences and technical, eye-catching talent taking their cues from the most disciplined of defensive performances?

Not hugely entertaining but it was clever, which in World Cup qualifying is all that really matters. 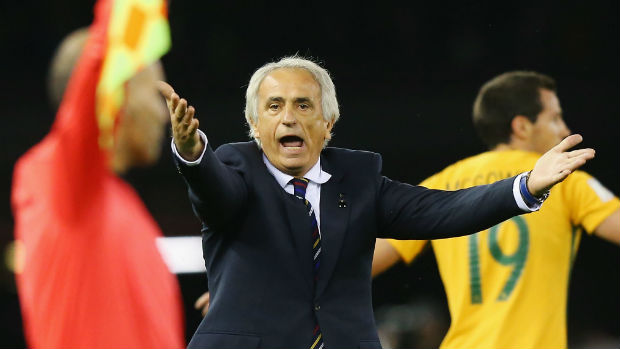 First, it slowed down the Socceroos’ trademark intensity.

Just as the Saudis slowed down the game in Jeddah with apparent injuries, the Australians were often forced to move the ball wide to move the deep Japanese defensive block around to work an opening.

Left, then right across the back, it played into Japan’s hands perfectly by slowing the game down to the pace Japan wanted. And their discipline was such an opening rarely came.

The quick, incisive ball was often not used simply because of Japan’s two banks of four (and sometimes five across midfield) blocking the channels well.

And getting full backs in behind was hard work – though Brad Smith showed plenty of good intent throughout. 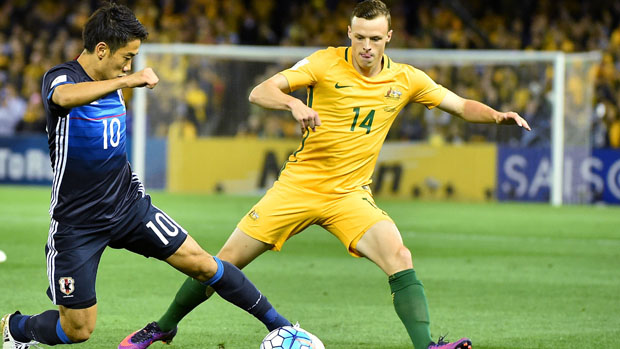 Skipper Mile Jedinak said later the Japan “sucked them into a trap”. He was right. The Caltex Socceroos simply couldn’t find a way through, particularly in the first half, and their intensity to press Japan wasn't quite there.

Like the Greece friendly at the same venue a few months ago, Australia looked flat. Little wonder there was a half-time rocket by Postecoglou.

What also helped Japan was not seeing Mark Milligan out on the park. He’s such a key player in Australia's game plan, you wonder what effect he might have had.

Second, Japan knew with the quality of player they have, they could hurt Australia in transition.

They just had to be patient, but as it transpired, it only took five minutes for them to profit from a turnover.

In the end, Japan were happy to hold on for a 1-1 draw to keep their top two chances alive. They next face Saudi Arabia in absolute blockbuster at home.

I wonder how Halilhodžić’ will set up for that one against another wily coach in Bert van Marwijk.

Three years ago, the Caltex Socceroos went to Saitama in a World Cup qualifier and did exactly the same to Japan as what they did to Australia on Tuesday night.

The Aussies set up with an organised defensive structure and hoped to hit Japan on the transition. They did, with Tommy Oar’s deflected goal, but couldn’t hold on and drew 1-1 conceding a very late penalty scored by Keisuke Honda. 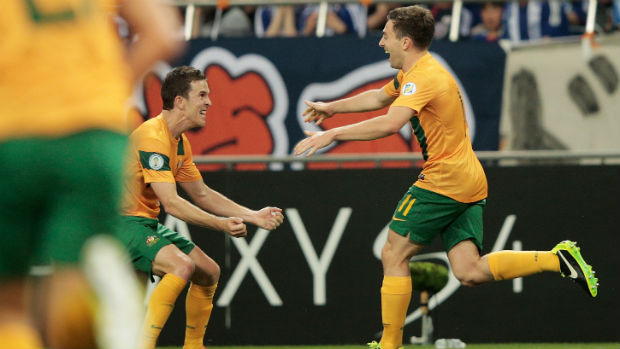 The roles have for now seemingly been reversed. Australia now takes a pro-active approach, with high intensity and skillful players across the park.

It was strange to see Japan play this way on Tuesday night. And likewise, Australia, who didn't look like the Socceroos we know.

But with two wins and two draws, Ange's men are still on track to register 11 points from their first five games in this final phase of World Cup qualification.

Onto Thailand in November where you'd expect a response from the Aussies against the win-less Thais.

Ange will make sure of that.