Age not an issue for youngest Futsalroo

He may be the youngest player in the Futsalroos playing group, but for Wade Giovenali mixing with the older heads in the set-up is ‘not an issue’ as the team continues preparations in Colombia ahead of their second match at the FIFA Futsal World Cup, a titanic battle with World Champions Brazil.

At 22 Giovenali, younger brother of Futsalroos skipper Greg, has already experienced a tremendous amount of international Futsal including being part of the group that qualified in spectacular fashion from the AFC Championships in Uzbekistan and, as such, assimilates nicely with the team dynamic.

“I think I fit in fine, despite the age,” Giovenali said. “If you look at people like Angelo [Konstantinou] and Spath [Peter Spathis] who are a bit older, we still get on well and I don’t see it as an issue.

"I am aiming just to perform well and to do my part. I don’t need to try to be the star, just remembered as someone who played at their best for the competition.” 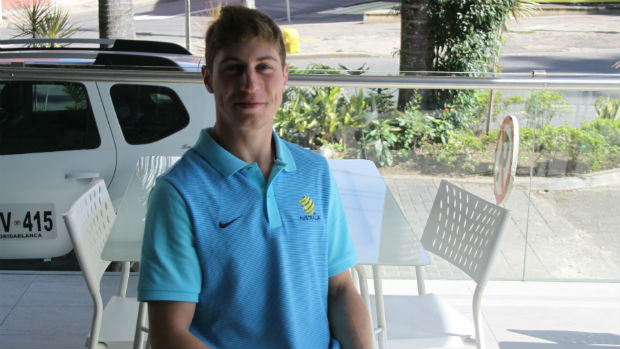 It’s been something of a meteoric rise for the Dural Warriors utility who brings aggressive defending and a rare ability to beat players in one-on-one situations, a priceless asset, to an already talented squad.

“It’s pretty special when I think back four years ago to the last World Cup to where I was then to where I am now,” he commented.

“I think it was a bit before then that I had a goal to play at this tournament. You always set yourself a goal and wonder whether you can reach that target but to be playing alongside my brother at a World Cup is special.

"At moments, the brotherly love is pushed to the limit, but I would prefer that then him telling me that everything is fine when it is not!”

As Australia prepares to take on the challenge of five-time World Champions Brazil at the Coliseo Bicentenario in Bucaramanga, Giovenali is raring to go and can’t wait to pull on the national team jersey once again, having featured heavily in the 3-2 win over Mozambique. 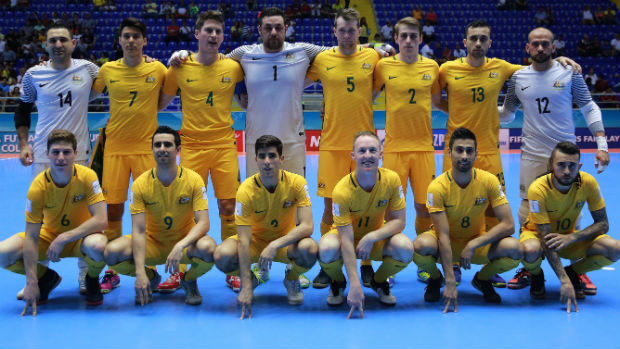 “You have to get the basics right and get the one per-centers right which is crucial in major tournaments,” he said.

“I feel honoured to be here. If you look at this team and look at some of the players who have missed out, you can see that it is a really strong squad, so to be part of that is an ecstatic feeling.

“No words can describe what pulling on the shirt is like. Even putting on the training jacket and kit, and getting the back-packs is an unbelievable feeling.”

All of the Futsalroos’ matches at the FIFA Futsal World Cup 2016 will be shown LIVE on SBS and Optus Sport.