The 1,300 volunteers who make up Australia’s newest and biggest football team have unveiled their colours.

Summery hues of red, yellow and orange feature in the outfits the volunteer team will wear for AFC Asian Cup Australia 2015, the biggest football tournament staged in Australia.

Volunteers, who will be the driving force behind the Asian Cup, included the youngest member of the team, 18-year-old Brendon Kim from Revesby, the oldest, 81-year-old Gilbert Brogden from Narrabeen, and husband and wife team Maureen and Les Robinson from Birrong.

Also attending were Newcastle volunteer drivers Delores Yeates and Dorene Schafferius, whose first stint at volunteering was at the Melbourne Olympics in 1956, the same year the Asian Cup was first held.

They hope to recreate the volunteering buzz of the 2000 Sydney Olympics, and spread the feel-good atmosphere to all five host cities – Sydney, Melbourne, Brisbane, Canberra and Newcastle – and around the nation.

“We could not deliver a world-class event like this without the efforts of our volunteers,” said LOC CEO Michael Brown.

“They are integral to a huge, nation-building event like the Asian Cup, and now they really look the part.

“They are driven by passion, enthusiasm and national pride, and will extend a huge Aussie welcome to our local and international guests.” 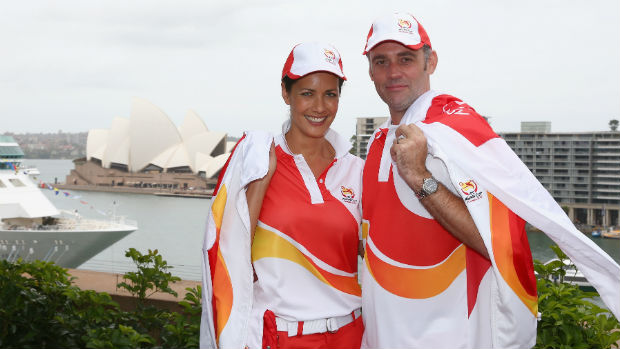 Minister Dominello said volunteers were essential to the success of both international sporting events and weekly suburban football.

“On behalf of the NSW Government we thank all 1,300 Asian Cup Volunteers for your commitment in making this the best Asian Cup tournament ever held and helping us create a welcoming atmosphere,” Mr Dominello said.

“We are confident you will take away a lifetime of memories by being an integral part of delivering the biggest football tournament Australia has ever hosted.”

The volunteers will work in a variety of areas, including competitions, travel and accommodation, protocol, media operations, training sites, IT, ceremonies, host city operations, medical and doping control, marketing, accreditation and venue operations.

“It’s a once-in-a-generation opportunity, and they will be part of history as Australia hosts the Asian Cup for the first time,” said Mr Brown.

The AFC Asian Cup is Asia’s biggest football competition and was established in 1956.

The 16 finalists will take part in a 23-day festival of football in five cities which the Socceroos will kick off against Kuwait on January 9, 2015, in Melbourne, with the final set for Sydney’s Stadium Australia on January 31, 2015.

The tournament is being financially supported by the Australian Government and the NSW, Victorian, Queensland and ACT Governments.

Tickets for AFC Asian Cup Australia 2015 are on sale now.