Former Adelaide United flyer Mat Leckie got the scoring started on six minutes. The Bundesliga-based forward was electric all night and can thank the A-League for developing his game before his move overseas.

Then former Mariner and Victory player Tom Rogic got in on the act with the second and third goals (his second was deflected though).

The Celtic star's return to the Socceroos was the story of the night and he too was a rising star of the A-League before the Scottish powerhouse snapped him up.

The reigning Hyundai A-League Player of the Year Nathan Burns slotted home his first for the Socceroos and the fourth on the night.

The now J-League based star like Leckie began his career at Adelaide before spells with Newcastle and most recently Wellington Phoenix.

And to cap a wonderful night for the A-League, current Melbourne City star Aaron Mooy pulled out a moment of magic with a long-range howitzer just on the hour mark to make it five. 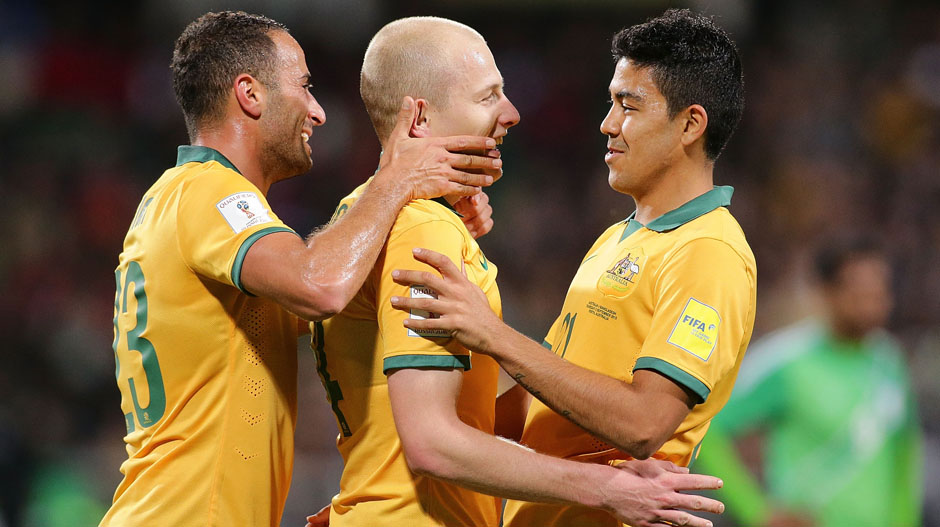 Mooy has really blossomed in the A-League at first Wanderers and now City after his career began in Scotland.

Burns was one of a number of impressive performances against Bangladesh, thriving from the service from the likes of Rogic, Massimo Luongo and Mooy from midfield.

On his maiden Socceroos goal, Burns was over the moon.

“I’m so happy. It doesn’t matter who it’s against for me,” he told www.socceroos.com.au.

“It’s a milestone in my career, I’m very excited and it’s something I’ll never forget.”

Leckie likewise as over the moon with his Socceroo goal, a nicely taken opportunistic strike.

After scoring his first Bundesliga goal for his club last weekend, Leckie conceded it was a relief to add to his national team tally. 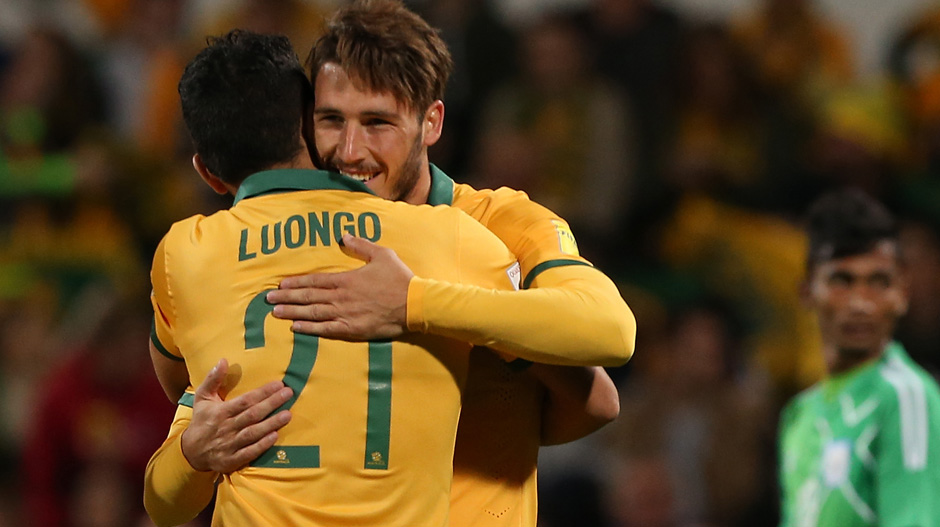 “It’s always good to score. That’s two in two now,” he said with a smile.

“It’s obviously been a while for the national team so it was exciting.

“The result was very good as well. It’s been a while since we beat a team 5-0, it was good fun last night.”