Speaking at the induction ceremony which was held at Coopers Stadium prior to the Westfield FFA Cup Final, FFA CEO David Gallop paid tribute to the unique contributions that each of the inductees has made for the benefit of Australian Football.

“Tonight we honour the meritorious service to the game of five people who made a substantial and sustained contribution at the national and international level,” said Gallop.

“Each of this year’s inductees are truly worthy of this recognition and each in their own way is a pioneer. Induction into the Hall of Fame is an honour that connects the greats of the past with the stars of the present.

"I'm guided by the old adage that those who drink from the well today should recognise those of yesteryear who found the water. In this way, the game's history is always a part of our journey.

“Sandra Brentnall was one of the originals who played in the Matildas first ever A-International match against New Zealand in 1979. Damian Mori was the Socceroos most prolific goal-scorer up until Tim Cahill recently surpassed his tally. Mark Viduka captained the Socceroos at the 2006 FIFA World Cup and had a distinguished domestic football career in Australia and Europe. Tom Sermanni coached the Matildas to our first continental title winning the 2010 AFC Women’s Asian Cup and developing countless players during his tenure, and Stefan Kamasz helped administer the sport through the tough times and the good for nearly 40 years.”

“Without the contributions of people like this in our sport, we would not be where we are today and for those efforts the whole football family is truly thankful,” concluded Gallop.

The newest inductees to the FFA Hall of Fame were also presented to the capacity crowd at Cooper’s Stadium at half-time of the Westfield FFA Cup Final between Adelaide United and Perth Glory.

Each year the FFA Panel of Historians assesses potential inductees based on the relative contribution to the sport of football in Australia during their respective careers. These proposed nominees are then ratified by the FFA Board's Football Development Committee for induction into the FFA Hall of Fame.

Sandra Brentnall holds the distinction of scoring Australia’s first international goal during her debut in the first Test match against New Zealand in Sydney in 1979. A compact striker, she was born in Nottingham, England, and arrived in Perth in 1974 at the age of 12. She represented Western Australia from 1977-84, and again in 1987 as captain. Brentnall was a versatile, highly mobile and hungry forward who had the ability to elude the defence. She was selected in the national up-and-coming squad in 1976 and held her place in the national squad for eight years. She scored four goals in the return Test series in New Zealand in 1980, including a hat-trick in the third match in Christchurch which Australia won 3-2. This was the first hat-trick by an Australian in women’s international football. She played in the first Oceania Cup in 1983 scoring in the final. She represented Australia in 11 A-Internationals, scoring 8 goals. Clubs: Kiev, Girrawheen, Olympic Kingsway, Ashfield, Gosnells City, Beeliar and Leeming Strikers. She is a Legend in the WA Football Hall of Fame. 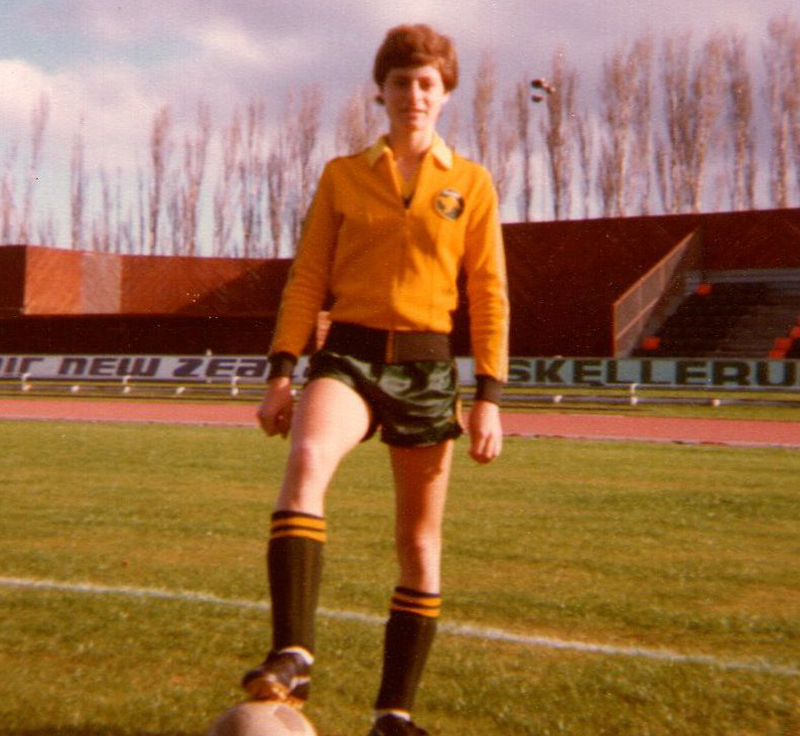 Born in England in 1949, Stefan played football in Leeds with Farsley Celtic in the Yorkshire League. He migrated to Newcastle, Australia in 1969 as a 19 year old and played with Weston Bears, winning 3 championships in 1971, 72 and 73 - having lost the Grand Final in 1969. He was Treasurer of Northern NSW Soccer Federation in 1978 and President 1979–82, which included the first season of Northern State League. He became a member of ASF Executive in the same year. Stefan managed the Socceroos team which won the Merlion Cup in Singapore in 1982 and then became General Manager of the National Soccer League in 1982–88 and again 1996–2004. He also held the post as CEO of NSL club Sydney Olympic from 1990–93. During his time with the NSL, Stefan and his associate Peter Russell were the motivating force behind the awarding of the Joe Marston Medal for the best player at the Grand Final and the Johnny Warren Medal for the best player in the national competition, which continue to this day. When the NSL was disbanded in 2004, Stefan continued to work for the Australian Soccer Association as a member of the implementation panel for the New National Competition (later the Hyundai A-League) which produced the Kemeny Report. Stefan returned to football administration as Head of Competitions for Football NSW from 2005-2006, CEO of the Johnny Warren Football Foundation in 2006 and later held various posts with Sydney FC, including CEO, from 2008-2013. 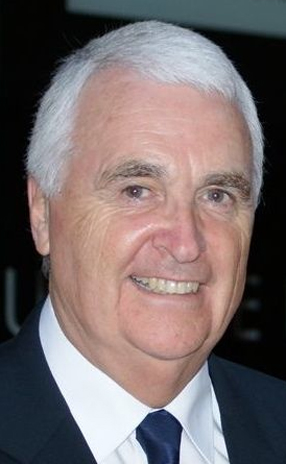 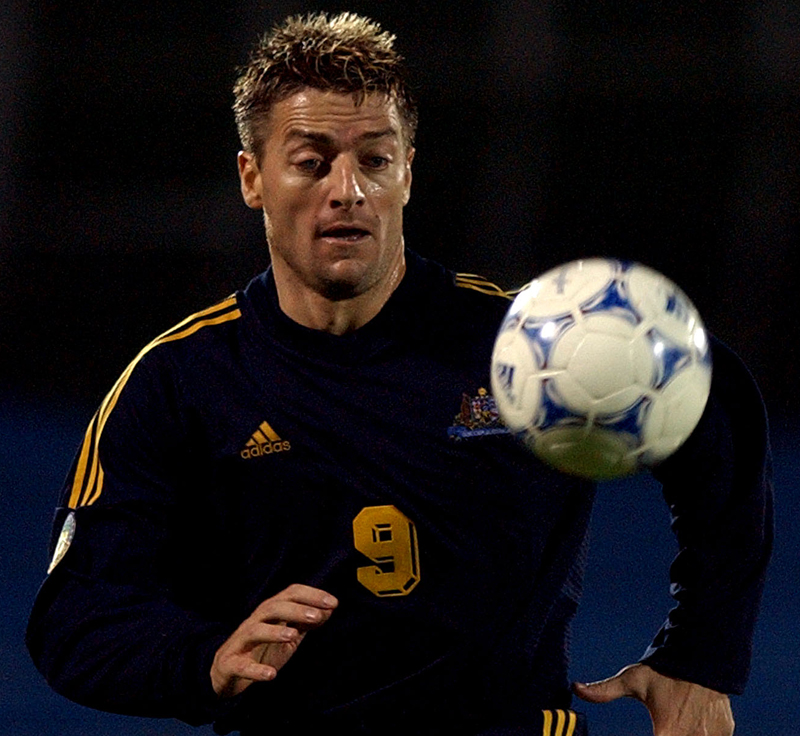 Born in Glasgow, Tom Sermanni played professional football as a midfielder for clubs in Scotland, England and Australia. After his playing days ended, Sermanni began coaching in Canberra at the AIS and in the NSL with Canberra Cosmos. He was appointed to coach the Matildas, guiding them to the 1995 FIFA Women’s World Cup and stayed on as coach up until 1997, before heading to Japan and the USA. He returned to coach the Matildas where they reached the final of the 2006 AFC Women’s Asian Cup and the FIFA Women’s World Cup 2007 in China. The crowning glory of Sermanni’s tenure came in May 2010 when he coached the Matildas to claim the AFC Women’s Asian Cup. It was the first major continental title won by Australia since joining the Asian Football Confederation in 2006. Sermanni lead the Matildas to their fifth FIFA Women’s World Cup in June/July 2011, where they reached the quarter finals. In late 2012 he resigned as Matildas coach and was appointed coach of the USA Women’s National Team, a position he held until April 2014. 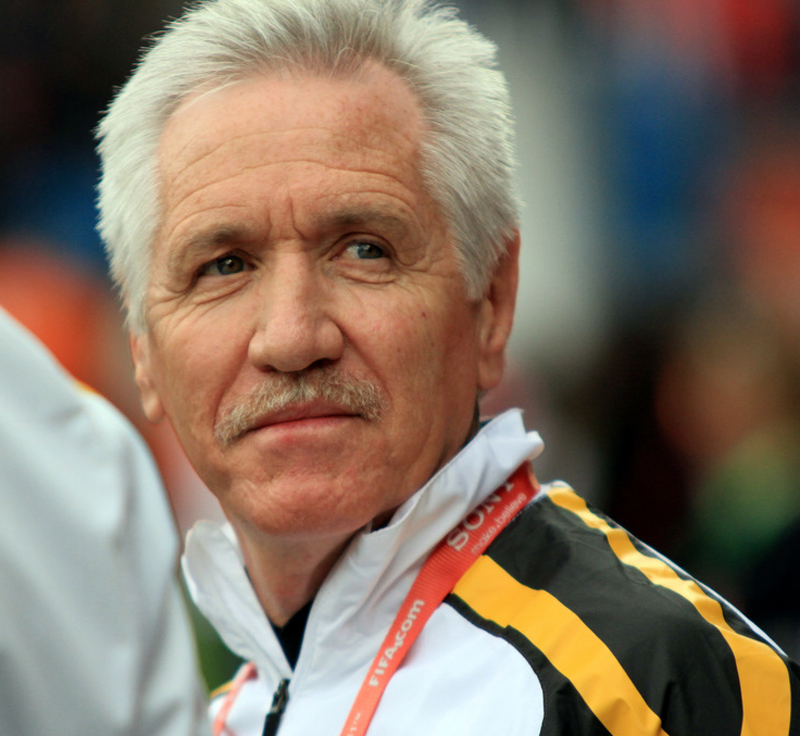 Born in Melbourne in 1975, Mark Viduka captained Australia at the 2006 FIFA World Cup in Germany which was the culmination of a career that began with Melbourne Croatia juniors and took in Dinamo Zagreb, Celtic, Leeds United, Middlesbrough and Newcastle United. He was top scorer, player of the year and the young player of the year when Melbourne Knights won the National Soccer League in 1994/95. Viduka represented Australia at all levels and played 45 senior international games (43 A matches) for the Socceroos scoring 11 goals. Highly respected Football journalist Laurie Schwab argued he was the best player Australia has ever produced. Viduka received the Johnny Warren Medal twice (1993/94 and 1994/95) was awarded the Alex Tobin medal by the PFA in 2011. 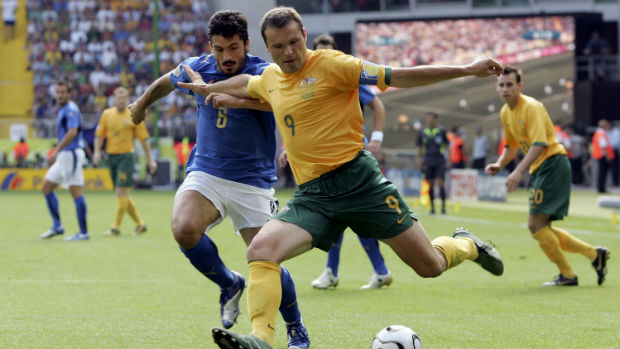