The Socceroos’ build-up towards January’s Asian Cup has got off to a shaky start, beaten 2-0 by a classy Belgium side in Liege.

A goal to the impressive Dries Mertens gave the Red Devils a well-deserved lead at the break before Axel Witsel put the icing on the cake 13 minutes from time at the Stade Maurice Dufrasne.

While the visitors were on the back foot for the majority of the first half, they were much better after the break.

After their encouraging performances at the World Cup, the Socceroos were unable to produce the same quality against the world’s no.5 ranked nation.

Only a superb performance by goal-keeper Mat Ryan saved the Socceroos from a heavier defeat and they will want to show more composure and quality against Saudi Arabia in London on Tuesday (AEST).

Socceroo coach Ange Postecoglou handed debuts to Chris Herd and Trent Sainsbury in defence while youngster Brad Smith won a spot on the bench after his international clearance came through just hours before kick-off.

And the visitors made a positive start, showing the same energetic pressing and confident passing they displayed in Brazil.

It wasn’t long however before Belgium got into their groove and Ryan had to be alert to keep out Mertens on 12 minutes.

After Divock Origi turned Sainsbury near halfway, he surged forward and squared a pass to the Napoli attacker, who unleashed a powerful low drive which Ryan did well to parry behind.

It was a sign of things to come as the Socceroos were pinned back as they faced a red wave of attacks.

A sloppy defensive giveway handed the hosts their next chance as Kevin De Bruyne rattled the crossbar with a rasping effort soon after.

But the Socceroos failed to clear the danger effectively and the hosts deservedly went in front.

The ball found its way to Mertens at the far post, whose scuffed shot rather fortunately bounced into the ground and up over Ryan and in.

Struggling to keep possession and deal with the pace and movement of the Red Devils, the Socceroos couldn’t get Tim Cahill into the match.

But Australia’s greatest-ever goal-scorer almost equalized midway through the half after Mathew Leckie surged down the right and cut-back for Cahill but his strike was brilliantly saved by Thibaut Courtois.

The frenetic pace of the game slowed by the half hour mark but the home side continued to ask questions with Mertens and Origi both testing Ryan with long-range efforts.

A leg injury cruelly ended Herd’s debut just before the break as Josh Brillante got his chance at right-back.

Postecoglou would have demanded a response at half-time and again the Socceroos started brightly, with only a last-ditch tackle from Jan Vertonghen denying Leckie after Cahill had barged his way in behind the Belgian defence.

Much of the sting went out of the match after that as both sides made a few substitutions, including the introduction of Massimo Luongo in midfield, who showed some impressive touches.

With 20 minutes left Ryan continued his brilliant display, making himself big to deny Nacer Chadli in a dangerous one-on-one opportunity.

But there was nothing the young shot-stopper could do 13 minutes from time as Witsel was given too much space on the edge of the box to smash a half-volley into the top right-hand corner of Ryan’s net.

Smith replaced Cahill to earn his first senior international cap but there would be no late fightback for the visitors, who have now lost their last five matches in 2014. 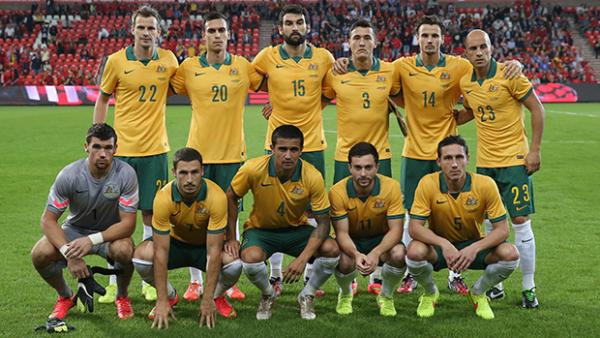 What we learnt from the Socceroos' loss to Belgium

Australia struggled to hold onto the ball against Belgium, particularly in the first half, and the Socceroos got to half-time with just 37 per cent possession. 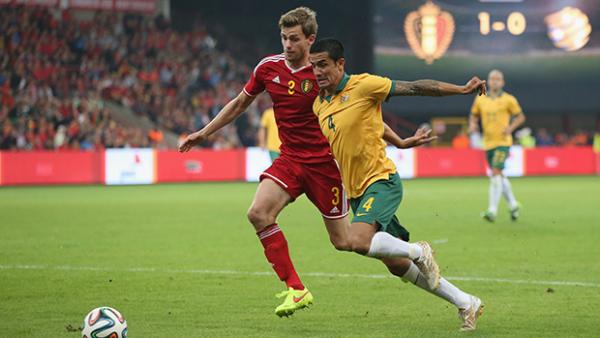 Cahill: Roos can be great

Australia's greatest-ever goal-scorer Tim Cahill believes this current Socceroos crop isn't far away from being a great team despite their loss to Belgium on Friday. 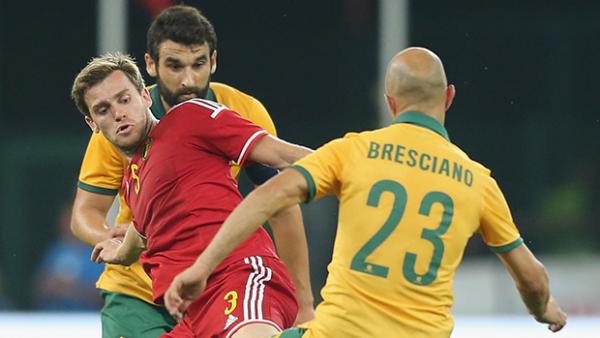 Mark Bresciano admits the Socceroos need to improve their transition play after a 2-0 friendly loss to a star-studded Belgium on Friday morning (AEST). 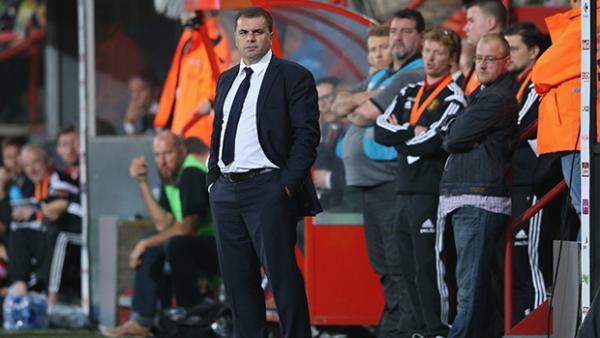 Ange Postecoglou lamented more sloppy mistakes in the Socceroos' 2-0 loss to Belgium on Friday but believes his side is learning valuable lessons on their journey towards the Asian Cup. 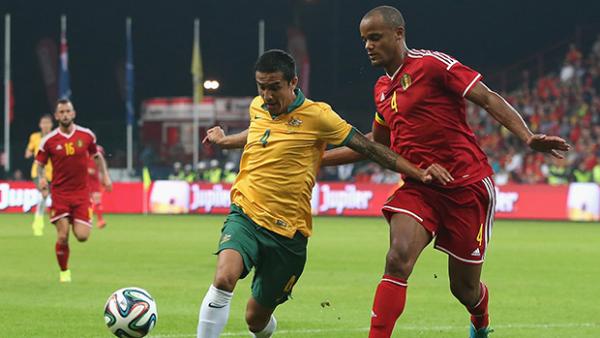 The Socceroos fielded three debutantes in the loss to Belgium - here's how the players rated after going down in Liege. 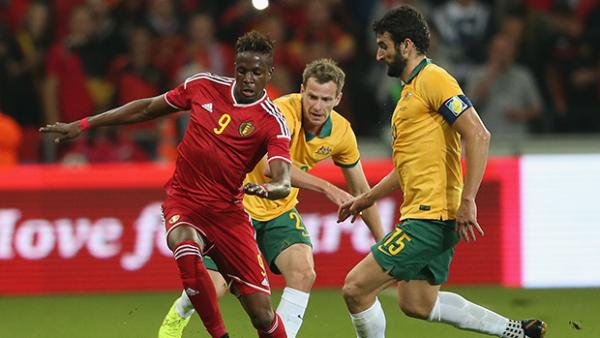 The Socceroos' build-up towards January's Asian Cup has got off to a shaky start, beaten 2-0 by a classy Belgium side in Liege. 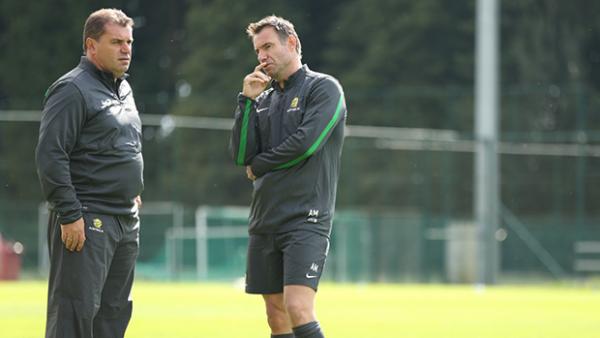 Socceroos coach Ange Postecoglou has rubbished suggestions he might be "terrified" of Belgium ahead of Friday morning's (AEST) friendly in Liege. 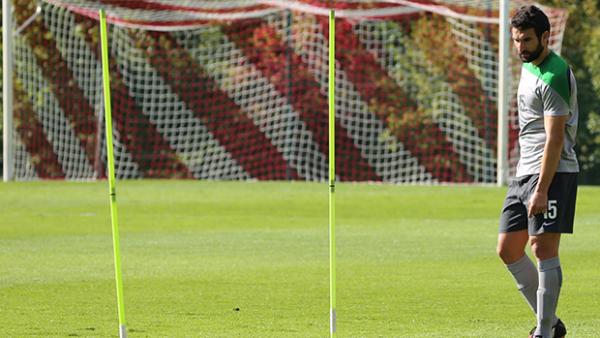 Skipper Mile Jedinak has challenged his Socceroos to throw the "fear factor out the window" against heavyweights Belgium on Friday morning (AEST). 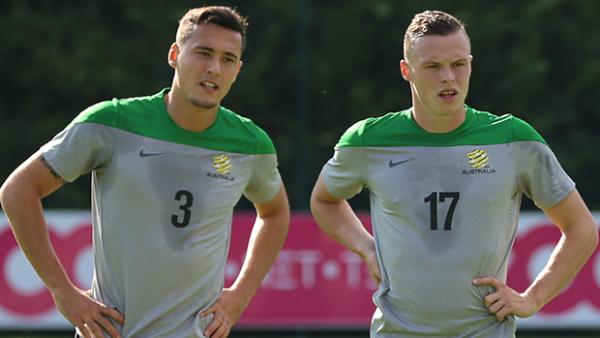 Ange Postecoglou has confirmed new-boy Brad Smith may have to wait for his Socceroo debut as they await an international clearance for the Liverpool loanee. 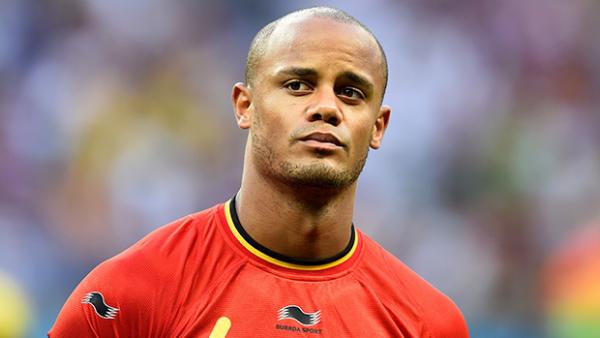 Kompany given the all clear

Vincent Kompany could play in Belgium's friendly against Australia after a scan revealed the defender's calf injury is not serious. 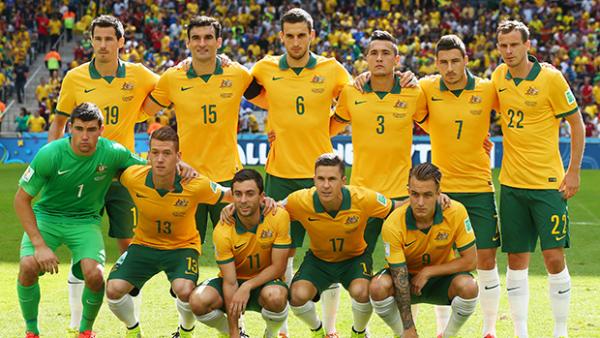 It will be another fresh-faced Socceroos outfit that faces the might of Belgium and their superstars in what promises to be a fascinating but difficult friendly for Ange Postecoglou's troops on Friday morning (AEST).